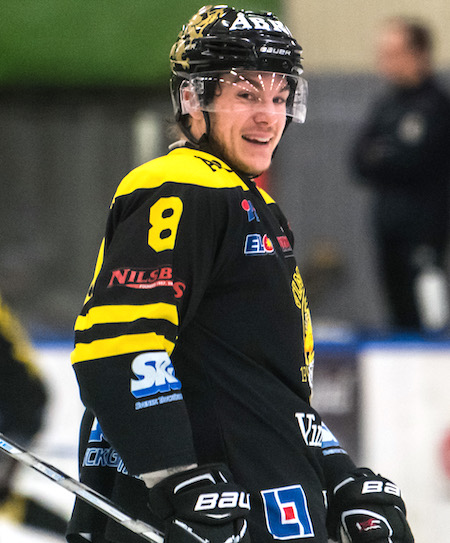 Hoglund, 26, began the year with the SPHL’s Evansville Thunderbolts, playing in two games before being placed on waivers by the club in late October. The 6’3”, 225lb winger hails from Molndal, Sweden, where he spent the last two years playing in their division I league.

Hoglund’s first North American experience came during the 2011-12 campaign when he was a member of the Sioux City Musketeers in the USHL. He would find more success in the tier II-NAHL , mainly with the Janesville Jets in 2013-14, where he tallied 24 goals and 47 points. His junior stats helped Hoglund earn a college opportunity with both the University of Minnesota and the University of Maine; each NCAA Division I schools.