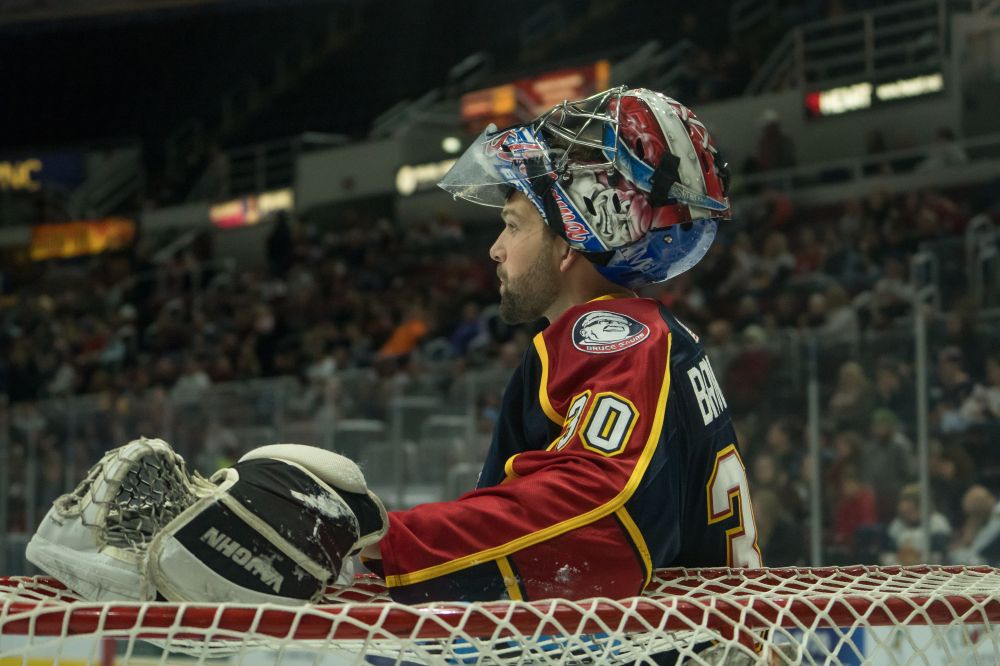 Peoria, IL – The Peoria Rivermen announced earlier today that Rivermen goaltender Jeremy Brodeur has left the team to play hockey overseas in Hungary. Rivermen coach Jean-Guy Trudel announced the team has placed Brodeur on team suspension, meaning the Rivermen do retain the SPHL rights to him in the event Brodeur were to return to the league.

Brodeur, 23, made his SPHL debut with the club on October 26th, making 28 saves in a win over Evansville. A week later, he earned his first professional shutout by blanking the Macon Mayhem. In six starts with Peoria, Brodeur went 5-1-0 with a 1.85 goals against average (GAA), coupled with a .944 save percentage. Jeremy is the son of Hockey Hall of Fame member and three-time Stanley Cup Champion, Martin Brodeur.