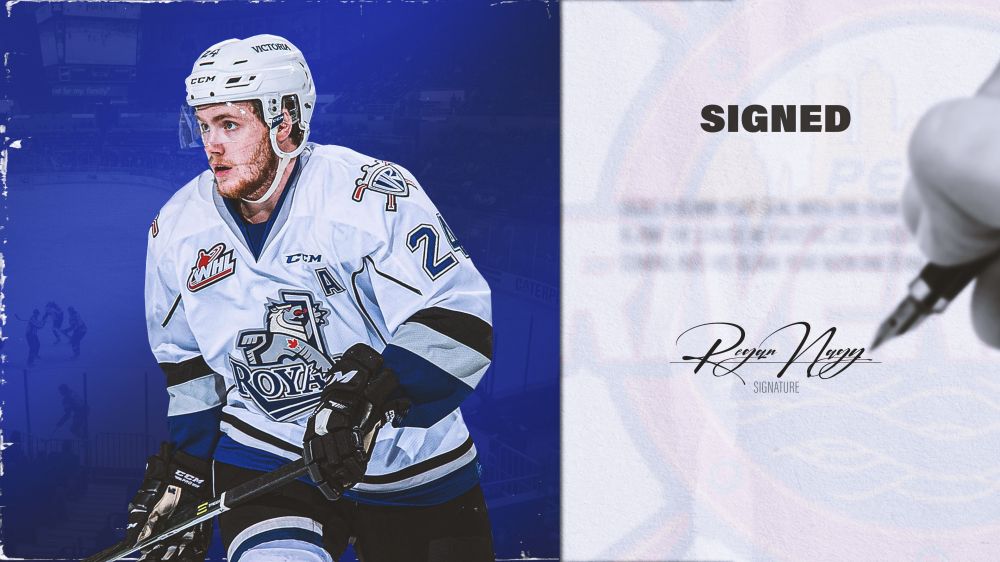 PEORIA, IL – The Peoria Rivermen announced earlier today that the club has signed forward Regan Nagy to a standard professional contract (SPC). In a subsequent move, the team has released forward Kyle Moore. Nagy will be with the team for the upcoming weekend when Peoria hits the road for two games with Quad City.

Nagy, 22, is in his first year as a professional. The Ogema, SK native began the season with the ECHL’s Allen Americans, playing in two games before being dealt to the Jacksonville Icemen, where Nagy skated in seven games, putting up two assists. During his time in Jacksonville, Nagy played under Icemen head coach, Jason Christie, who Rivermen fans know very well from his time in Peoria, standing as the second all-time winningest coach in Rivermen history.

“Jason Christie told me he’s a good player,” said Rivermen head coach Jean-Guy Trudel. “He played four years in the WHL and was an alternate captain, so I know he will do well here. We have a plan for him for the rest of the year to get him ready, both to succeed here and to succeed at the next level.”

Nagy brings with him over 300 games of WHL experience across regular season and playoff time, spending the bulk of it with the Victoria Royals. He served as an alternate captain during the 2017-18 season, and had back-to-back 18 goal campaigns both the year prior and year of his captaincy.