Before we end the weekend we just wanted to wish Kasey Kulczycki a very happy birthday! Like below if you can't wai… https://t.co/zoqZjqasP3 #LIVETWEET In honor of single-game tickets going on sale MONDAY, we're giving away two PREMIUM tickets to Opening Night (Oct.… https://t.co/pcq1gn0mB7 #LIVETWEET On this week's episode of the Dry Dock Podcast, we sit down with Peoria native Austin Wisely & talk about the Musta… https://t.co/wfeaW9BKGW #LIVETWEET 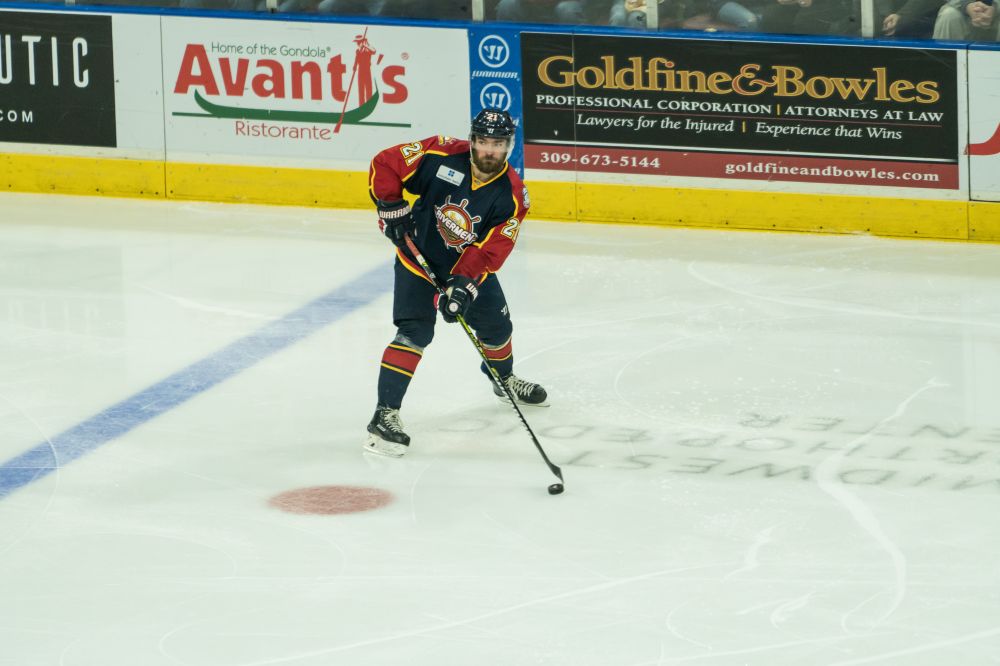 Peoria, IL – The Peoria Rivermen announced earlier today that the club has received defenseman Jake Hamilton back from a loan to the ECHL’s Jacksonville Icemen. Hamilton is with the team and will be available for this weekend’s games against the Macon Mayhem.

An Illinois native, Hamilton, 24, is in his second season as a professional and with the Rivermen. On January 1st, the 6’1”, 220-pounder received the news that he had earned his first call-up to the ECHL. Hamilton was loaned to the Jacksonville Icemen; ECHL affiliate of the Winnipeg Jets in the National Hockey League (NHL). Across three games with the Icemen, Jake finished with an even +/- and nine penalty minutes, which included his first ECHL fight.

Hamilton left Peoria at the time with 21 games played this season, producing three goals and 14 points. Upon his leave, the second year Rivermen was second on the team’s defense in points.