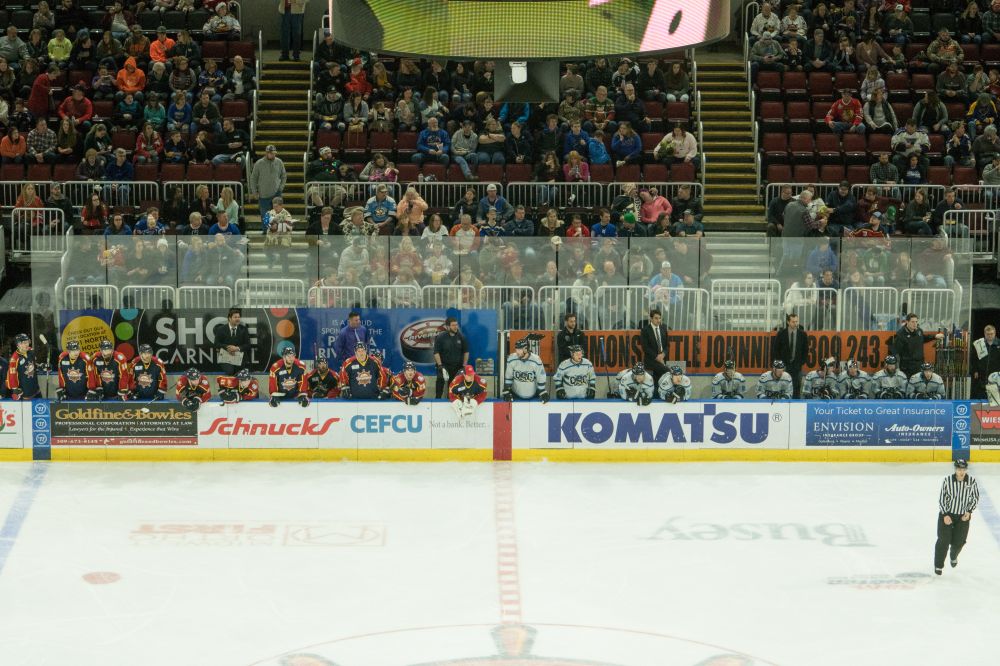 Peoria, IL – The Peoria Rivermen, in conjunction with the Quad City Storm have announced that the teams will play on Wednesday, April 1st in order to makeup a previously scheduled contest. Puck drop is scheduled for 6PM.

On January 11th, the Rivermen were set to travel to Quad City for the second half of games on back-to-back nights between the rivals, but a pending winter storm forced the game to get cancelled. The makeup date comes on a Wednesday night, with a 6PM scheduled puck drop on the road at the TaxSlayer Center. Fans who originally purchased tickets for this game must visit the TaxSlayer Center Box Office or call the Quad City Storm to exchange their tickets. Fans can exchange their originally dated tickets for any remaining Storm home game.

Peoria’s next visit to Quad City comes on a weekend when the teams will play on consecutive nights, January 31-February 1.