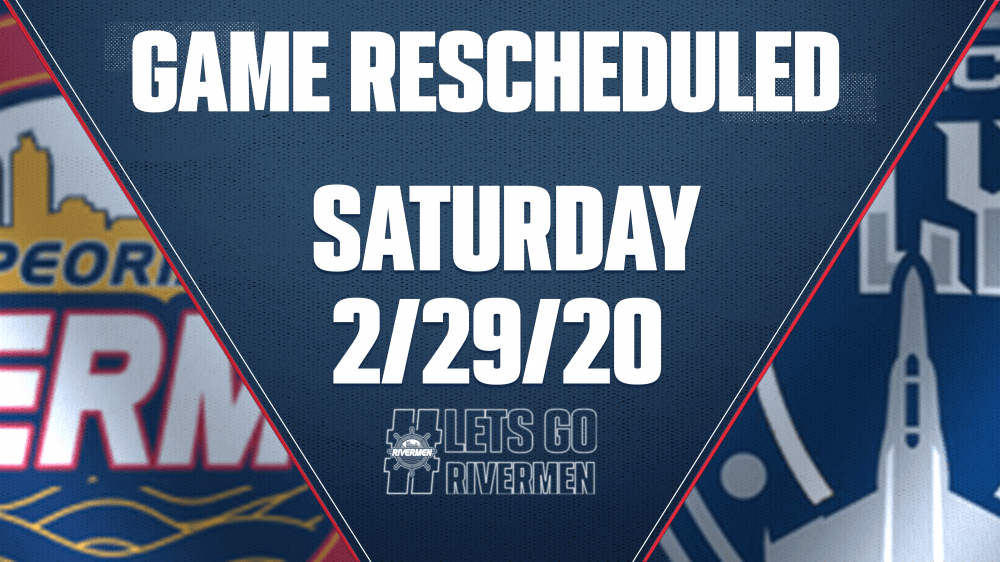 Rivermen will play on Saturday instead of Thursday

Peoria, IL – The Peoria Rivermen, in conjunction with both the Pensacola Ice Flyers and Southern Professional Hockey League have agreed to reschedule a game originally dated for Thursday, February 27. The contest will now be played at Carver Arena on Saturday, February 29.

The Rivermen and Ice Flyers meet twice on the weekend, with games being played on Friday and Saturday to close out February. Saturday’s game will honor the originally scheduled promotion of Turn Back the Clocks, meaning all upper bowl seats will be $8.00 and select lower bowl seating will be available for just $10.00.

Fans with tickets originally dated for Thursday will NOT NEED TO EXCHANGE THIER TICKETS. The tickets will still be honored at the door on Saturday. Saturday’s game will also be played with a new start time, as puck drop will be slated for 8:00 p.m.

For any questions regarding the change, please contact the Rivermen Administrative Office at (309)-676-1040.