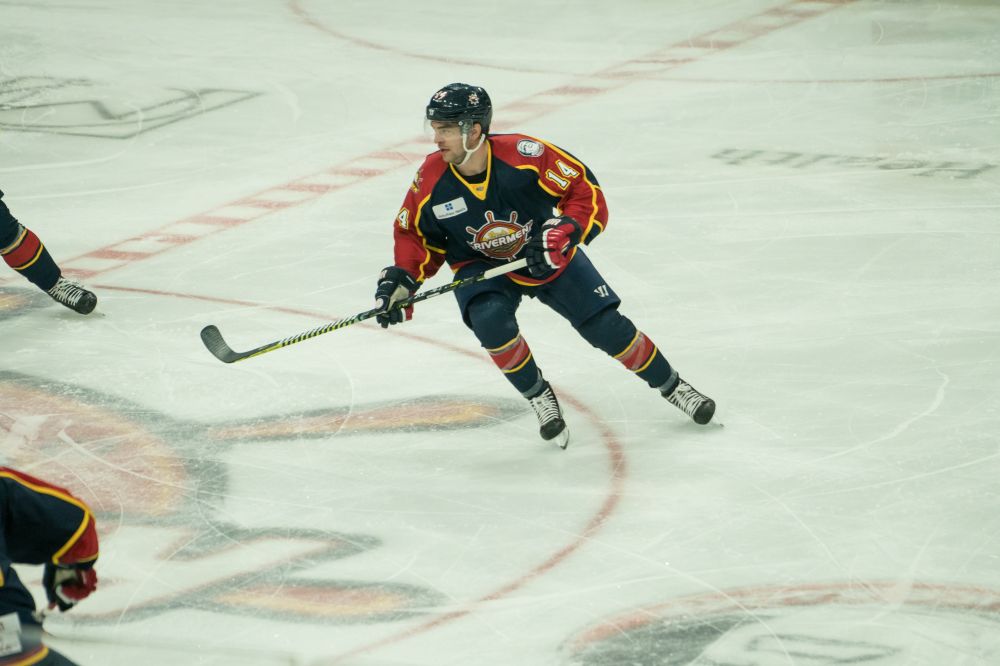 Peoria, IL – The Peoria Rivermen announced Wednesday that the club has signed forward Everett Thompson to a standard player contract (SPC). In other news, the SPHL has announced suspensions from last week’s games, and Rivermen defenseman Skyler Smutek has been suspended for one game.

Thompson, 26, comes to the Rivermen from FPHL-Carolina, where he scored five goals and registered 19 points in 25 games. The Walker, MI native began the season with the Roanoke Rail Yard Dawgs, but was released after six games in which Thompson went scoreless. The 6’1” right-handed shot played 15 games with the Rail Yard Dawgs during the 2018-19 regular season, and skated in all five of the teams’ playoff games. Thompson will wear #2 for the Rivermen.

Smutek, 29, has been suspended for one game as a result of his actions in the Rivermen’s Sunday game against the Evansville Thunderbolts. The game Smutek will miss has yet to be determined, as the defender is currently on the 21-day IR. If the defender recovers according to plan, he would be scheduled to serve his suspension on Friday, March 13th in Fayetteville.

The Rivermen are in action next Thursday night, starting a three games in as many nights stretch against Roanoke.