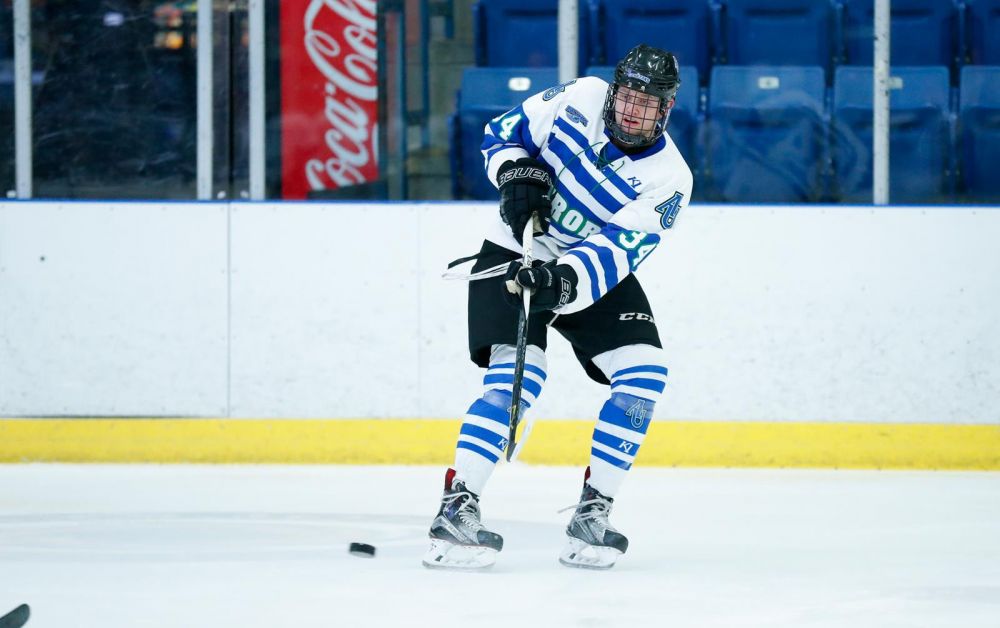 Peoria, IL – The Peoria Rivermen have added a pair of forwards to their lineup, signing both Connor Hutchins to a three game contract and Liam Stirtzinger to an amateur tryout offer (ATO). The pair will be with the club this weekend for the Rivermen’s three games inside Carver Arena.

Hutchins, 24, just finished his senior year playing for NCAA-DIII Suny-Brockport, where the Texas native served as captain the last two seasons, and an alternate during his sophomore year. Hutchins tallied 97 points in 102 games with SUNY-Brockport, and played his first two seasons with the team while Rivermen defenseman Brandon McMartin was there. In addition to wearing a letter in college, Connor served one season as captain of the Brookings Blizzard in the North American Hockey League (NAHL).

Stirtzinger becomes the second player out of Aurora University to sign an ATO with the Rivermen this season, joining fellow forward Drew Doyon. Stirtzinger, 24, finished 7th on the Aurora Spartans in scoring this past season, and led the team in penalty minutes (47). The 6’4” winger played three years in the NAHL before college, collecting 422 penalty minutes, which puts him in the top 40 all-time amongst NAHL players for penalty minutes.