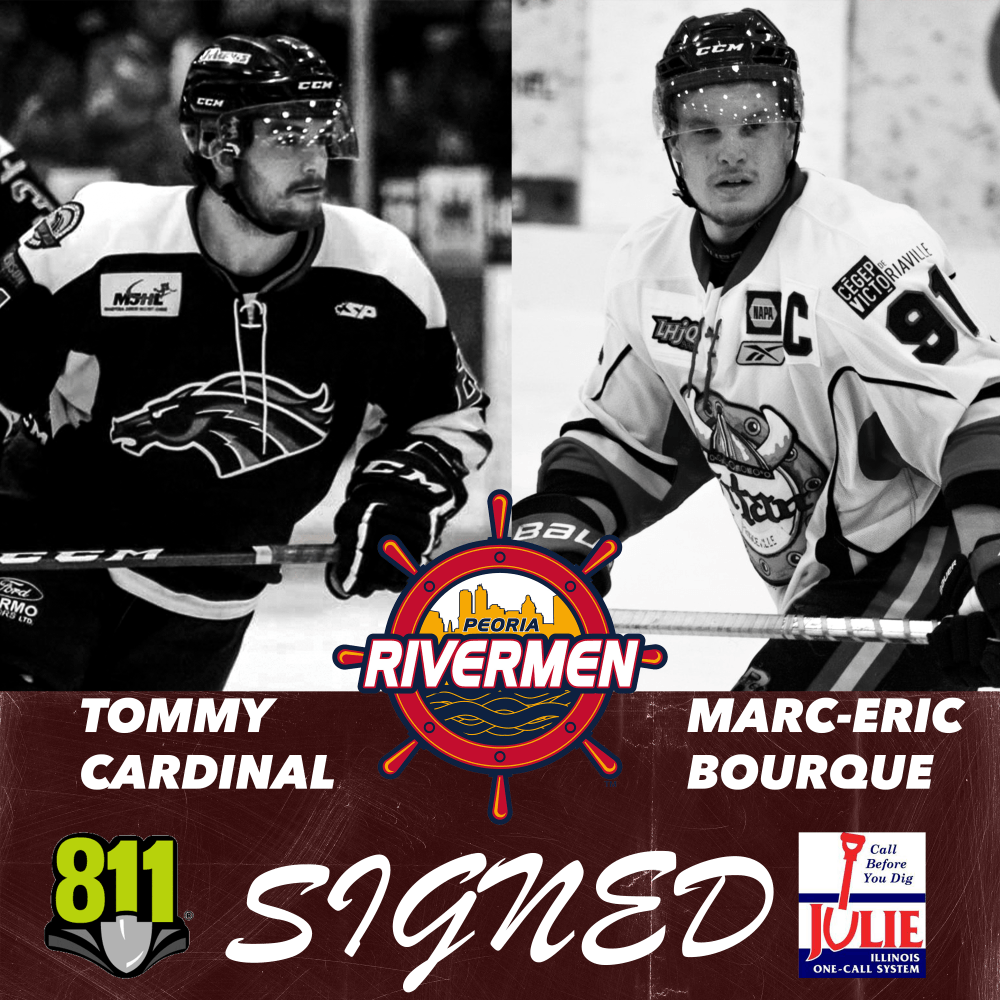 Peoria, IL – On Friday, the Peoria Rivermen signed defenseman Marc-Eric Bourque and forward Tommy Cardinal for the 2020-21 season. The signings come days after the Southern Professional Hockey League (SPHL) announced its target start for next season to be mid-late December. 2020-21 Season Tickets are available now by calling (309)-680-3791, or emailing [email protected] to learn more.

Bourque, 22, eyes a return to North America after spending last season with Remparts de Tours in the France2 league. There, the Chandler, QC native skated in 25 games, logging three goals and 11 points. A year prior, Bourque finished his junior career with a standout season as captain of the Princeville Titans in the QJAAAHL. He was an All-Star, who finished the season leading the league in assists (76), goals by a defenseman (13), and was subsequently named QJAAAHL Best Defenseman.

Cardinal, 21, looks to turn pro after skating with MJHL-Swan Valley in the 2019-20 campaign. There, the 5’10”, 200-pound forward notched 52 points in 60 games, along with 142 penalty minutes. Tommy previously played two seasons in the highly-touted Quebec Major Junior Hockey League (QMJHL), splitting time between Shawinigan and