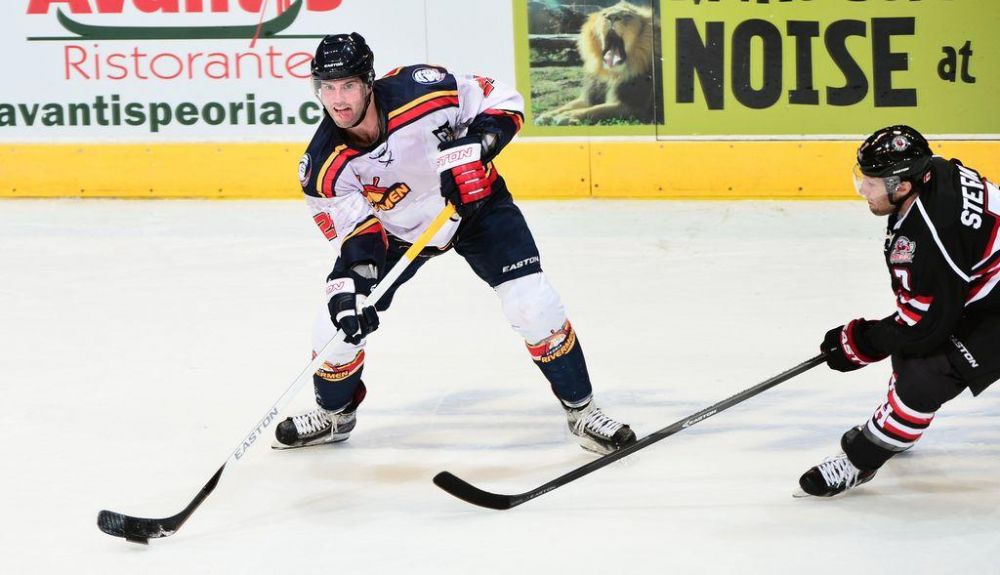 Defenseman played parts of two seasons in a Rivermen jersey

Peoria, IL – The Peoria Rivermen are incredibly saddened to learn that former defenseman Tyler Amburgey passed away on Sunday, August 30th. He is survived by his wife Aimee, Daughter Rylee, and the entire hockey community.

Amburgey, a native of Rowlett, TX, enjoyed a successful junior playing career in the USHL, most notably with the Dubuque Fighting Saints where he captured a Clark Cup with the team in 2010-11.

He then turned pro and played 34 games for the Rivermen in the club’s inaugural SPHL season (2013-14), before returning to the team the following year for 18 games. All told, Tyler tallied nine goals and 29 points in his 52 game venture with Peoria. In 2014, Amburgey was dealt to the Pensacola Ice Flyers ahead of the SPHL Playoffs, where he would win a President’s Cup.

Before his passing, Amburgey most recently enjoyed a coaching role with the Dallas Stars Elite Hockey Club 18U team.