How Swede it is: Catching up With Robin Hoglund 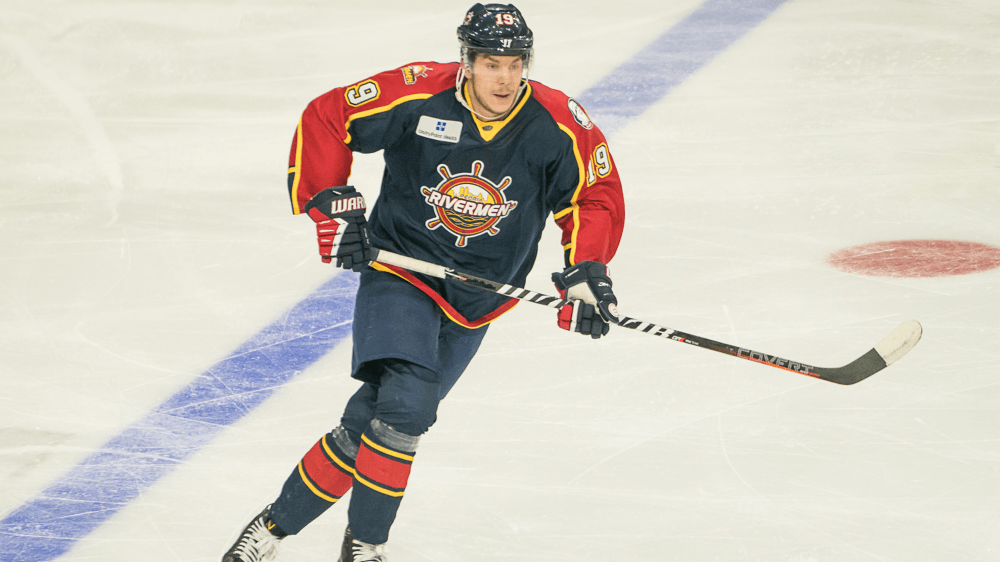 How Swede it is: Catching up With Robin Hoglund

Peoria, IL – One year ago in November of 2019, Rivermen head coach Jean-Guy Trudel signed Swedish forward Robin Hoglund to a contract. In the SPHL, where deals are signed one day and can be terminated the next, it’s not always easy to stick with a team comprised of veterans and returning players when you’re the new face in the locker room.

For the 27-year-old Hoglund, however, this was not a problem.

In 33 games, the University of Minnesota product registered 20 points with nine goals, including an overtime thriller against the Macon Mayhem in January. After the Rivermen clinched a playoff spot in late February, Robin sustained a minor injury that kept him out of the lineup for a few games. The plan was to fully recover and take advantage of the team’s situation with a postseason spot already secured. Hoglund was sitting in his apartment back in Peoria when in an instant, plans changed.

“I came down hurt a little bit near the end, but was getting better and was super eager to get back out there and help the boys,” said Hoglund on a recent phone call. “They went down to Fayetteville and I stayed back and all of a sudden I was hearing from the players about maybe not playing and something is going on…the game might get cancelled Friday. Next thing you know, everybody is coming back on the bus and nobody plays at all that weekend and the team heads back.”

“To be honest, I’m happy I wasn’t on that bus ride,” Hoglund chuckled.

After a 15 hour journey to Fayetteville, NC, the Rivermen players took to the ice Thursday afternoon for a team practice. Despite clinching a playoff spot, the team still had plenty of motivation with a three game weekend on the horizon against the Fayetteville Marksmen; a team Peoria was tied with in points atop the SPHL standings.

Following practice, the players went to their respective hotel rooms when the news began to break. The NHL was suspending its season immediately. Moments later, a notification that the American Hockey League (AHL) was taking the same stance came through. It was only a matter of time before the trickle down effect hit the SPHL and the Rivermen, who found out their season would be put on pause, then cancelled just two days later. After arriving in Fayetteville Thursday afternoon, the Rivermen packed their things and headed back to the bus Friday morning for the drive back to central Illinois.

“We got brought into the locker room that Monday and quickly realized we needed to get back to Sweden. We were all told to go home,” said Hoglund, who refers to both himself and younger brother Johan Hoglund, who spent part of the 2019-20 season in Peoria.

It was thought of as merely precaution at the time. All players and staff were sent home to wait things out. Many believed they would return later in the summer for preparations to begin the 2020-21 season. The days went on. Then the weeks, and months. It was then made clear in October that the players would not come through the doors this fall. That there would be no sheet of ice in Carver Arena, and ultimately, no Rivermen hockey season for the first time in the team’s near 40 year existence.

Robin realized that it was important to stay ready and ultimately keep playing in whatever capacity was possible. He’s now skating for Borlänge HF in the HockeyEttan league in Sweden. Among him is Mattias Ekholm, alternate captain of the Nashville Predators, who practices with the club.

Hoglund is happy to be playing, but didn’t come to the decision quickly. “I waited a long time honestly. I didn’t want to be here in a sense because I wanted to come back to the United States. I kept waiting to see if there would be a vaccine or something, but at one point around mid-September, I realized it was probably smart to find a team here in Sweden to get going. I had to have a job basically,” he said.

Though some 4,000 miles away from Illinois, Hoglund and the country of Sweden, much like North America, continue to deal with this global pandemic, albeit in their own ways.

In Sweden, a mask is not required, but social distancing is strongly suggested.

“Here in Sweden, we don’t really talk to each other anyway so it’s normal life for us,” Hoglund joked. “No masks are required. You can do it if you want to. We don’t have any restrictions on face masks, but it’s very important that you use hand sanitizer. That’s everywhere you go. People here are very cautious. Common sense is kind of the law here. It’s a smaller population and everybody is buying into the restrictions. Really trying to limit the different groups you’re around. No hugging; things like that. Just trying to be cautious of who you were with or where you have been. People are very aware here."

The country's restrictions and guidelines are also felt in the spectrum of sports. Robin’s team was hit with a COVID outbreak at the start of the season. He did not test positive. Borlänge HF now implements more precaution in the hopes another outbreak can be prevented.

“What we do now is use two locker rooms so everybody is spaced out. The changing rooms and shower rooms only allow three people at a time. When we’re on the road, we split up a lot. Everybody has more space in the locker room now. Practices are the same. That’s the one thing I don’t like. You’re used to sitting in the locker room with everybody and talking and having a good time, but everybody is understanding of the situation.” 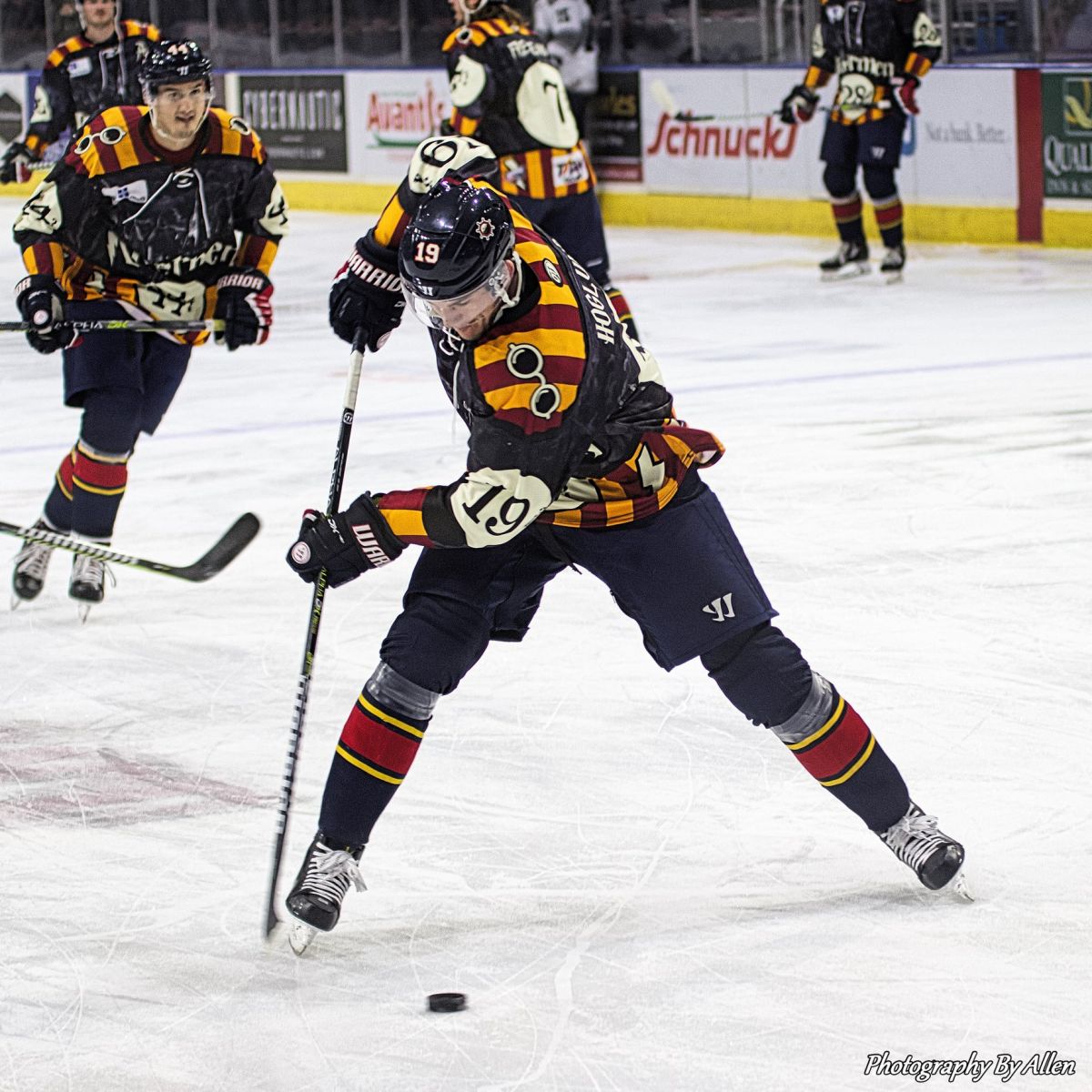 Sweden in the summer is a custom for Robin. He’d always return to his native country following the hockey season to spend time with friends and family. As we’ve all experienced, 2020 has been trying times for many. The year has claimed people, livelihood, time, and so much more. For Robin and Johan, time with family was stripped.

“It was kind of depressing,” Hoglund explained. “My cousins and grandparents; we all live in the same neighborhood. Growing up we’d walk over to grandma’s and steal some pancakes…things like that. Now with this summer and COVID, we’re not allowed to be near our grandparents. We were not allowed to be close to our family for three months because of restrictions. Our grandparents were depressed about it too. That sucked. That was not fun this summer. Even in the beginning of the summer, we had to stay away from our mom and dad for three or four weeks right when we came back. But you know, after that, we got to get closer and have some dinners together and stuff and be close with everyone again. Being with friends and family is a typical summer for us, but this was a very long summer and a lot of unknown. Nobody knew anything. If there’s anything you get sad about, it’s not knowing anything.”

Some unknowns will eventually come with answers. The outcome of the Rivermen’s record-breaking 2019-20 season, however, will not. A number of “what ifs” come into play, but no matter what, we simply do not, and will not know what would have happened in the cancelled 2020 SPHL President’s Cup Playoffs.

“Extremely tough to think what could’ve happened,” exclaimed Hoglund. “It’s a what if, but I had that feeling at University of Minnesota that I did in Peoria. In the locker room, there was a calm. You knew that you were going to win day in and day out. It was a calm, but an extreme focus on winning. Coach Trudel was very, very detailed on what it took to win games, but at the end of the day we sat in that locker room and kind of had a relaxed, focused feeling and dynamic to the group where we had a bunch of happy, high energy guys and very competitive guys to help make sure everybody was focused and ready to go.”

The University of Minnesota team Hoglund refers to were NCAA B1G Champions in 2015.

“Jean-Guy (Trudel) understood about making sure players fit into the dynamic. You gotta be here and buy into the program. The feeling I had was so special. The feeling of winning and very strongly that we were going to win and everybody wanted us to win. It’s hard to put a finger on it and hard to explain it completely, but if everything kept on going, we were gonna go to that final battle. No doubt in my mind. Pucks can bounce and you can have terrible days here and there, but the odds were in our favor.”

There will come a day when this worldwide crisis will pass. For some, that can be hard to fathom in the current climate. But when it does, restrictions will be lifted, the borders will open, and hockey will return to central Illinois. When that happens, will Robin Hoglund come back to Peoria?

“Absolutely. That’s the goal. It’s a nice spot to be in the midwest. I have a car there too. I liked everything about it there. No doubt in my mind.”