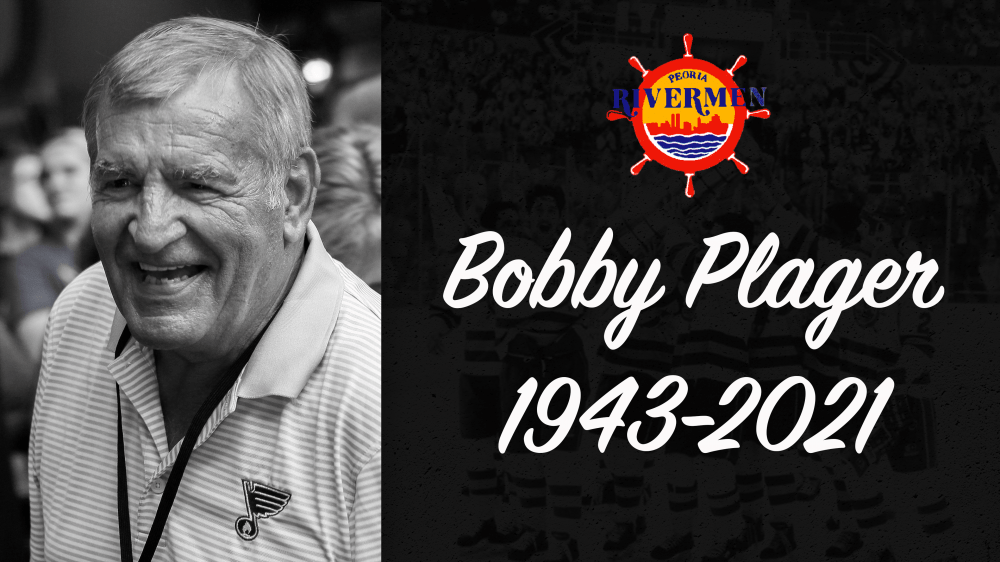 Peoria, IL – The Peoria Rivermen organization is saddened to learn about the tragic passing of former coach Bobby Plager caused by a car accident on Wednesday. Bobby was inducted into the Peoria Rivermen Hall of Fame in 1994 for his contributions as the team’s head coach during the 1990-91 IHL season. That season, the Rivermen captured their second championship in franchise history, as Plager coached the team to a record setting-18 game win streak that stood as the longest win streak in professional hockey for over 20 years.

“Bob’s legacy will forever be grilled into the history of this franchise for what he did and what his team accomplished,” said Rivermen Owner/COO Bart Rogers. “His memory and legacy will never be forgotten for bringing this city and its great fans a championship.”

To honor his legacy, the Rivermen have announced that Bobby’s initials (BP) will be featured on all helmets the Rivermen wear during the 2021-22 SPHL regular season and playoffs.