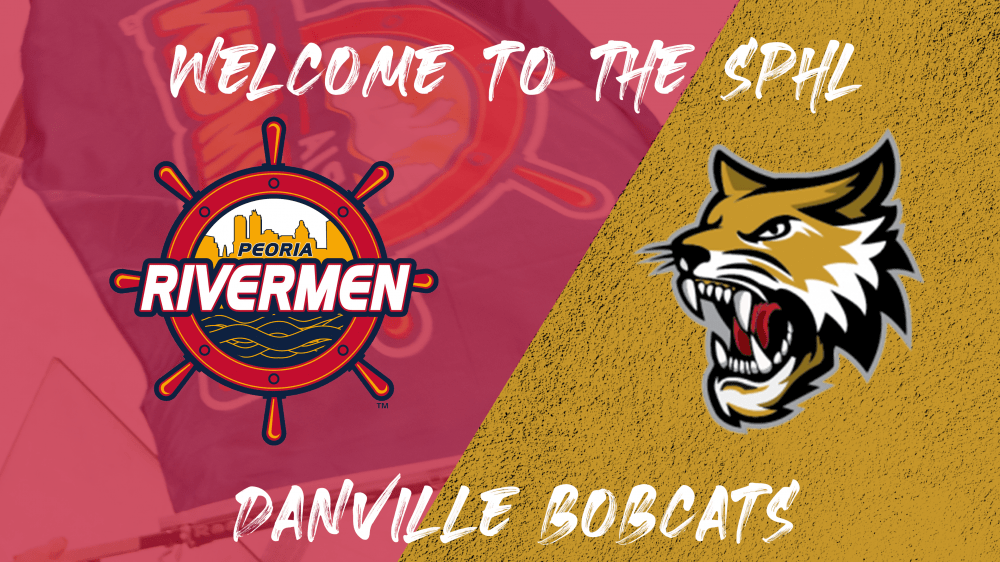 Peoria, IL – The Peoria Rivermen are thrilled to welcome the Vermilion County Bobcats into the Southern Professional Hockey League (SPHL) following the unanimous vote of approval by the board of the David S. Palmer Arena and the SPHL Board of Governors.

The Bobcats are the first SPHL expansion team announced since the Quad City Storm in 2018. The new franchise is set to begin play in the upcoming 2021-22 season, which is currently slated to start this October. The team is solely owned by Ellen Tully, who is a native to the Danville, IL area. The Bobcats will play their home games from David S. Palmer Arena, a 2,300+ seat building that is currently in the process of finishing a multi-million dollar upgrade to be ready for SPHL hockey later this year.

“We are excited and honored to be part of the SPHL,” said Tully in the league’s press release. “Vermilion County has a lengthy hockey history dating back to mid-1970’s with a fantastic fan base and strong commitment to its communities. The Bobcats are ready and eager to start their chapter in the local and SPHL hockey history books.”

“We are excited to be welcoming the Bobcats to our league for the upcoming 2021-22 season,” said Rivermen Owner/COO Bart Rogers. “It will be another great addition for the teams in the northern part of our league and for our great Rivermen fans to have yet another team close by to compliment Quad City and Evansville. We can’t wait to start another in-state rivalry this fall!”