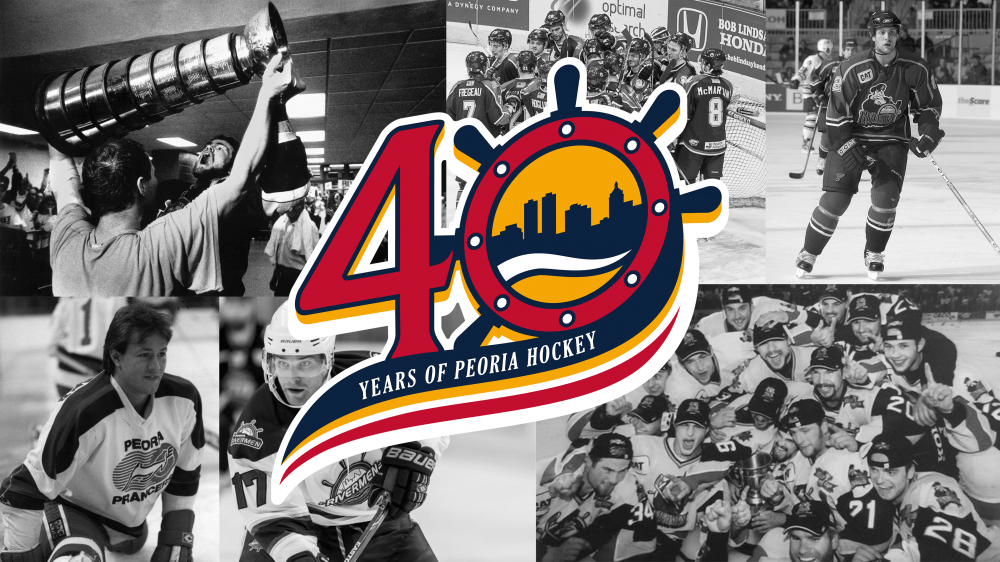 Peoria, IL – The Peoria Rivermen have released their second new logo ahead of the 2021-22 SPHL regular season where the team is anticipating a return to ice this fall. This alternative logo serves as a celebration of 40 years of professional hockey in Peoria, dating back to the arrival of the IHL-Prancers in 1982.

This alternative logo will be featured on the shoulder patch of Rivermen jerseys throughout the season, but will also be featured prominently on the front of a “Top 40 Fan Faves” jersey, which will be used later in the season. The jersey will feature a collage of the 40 greatest players in Peoria pro hockey history. The list contains the top 25 players of all time, which were previously voted on by the fans in 2006 when the team celebrated their 25th anniversary. The remaining 15 players to be added to this jersey will be decided once again by the fans. A voting form will be released to the general public later this week with more details. Fans will be given a bevy of players to choose from all eras of hockey in Peoria (IHL, ECHL, AHL, SPHL).

Heritage nights and events to commemorate 40 years of professional hockey in Peoria will also be announced at a later date.