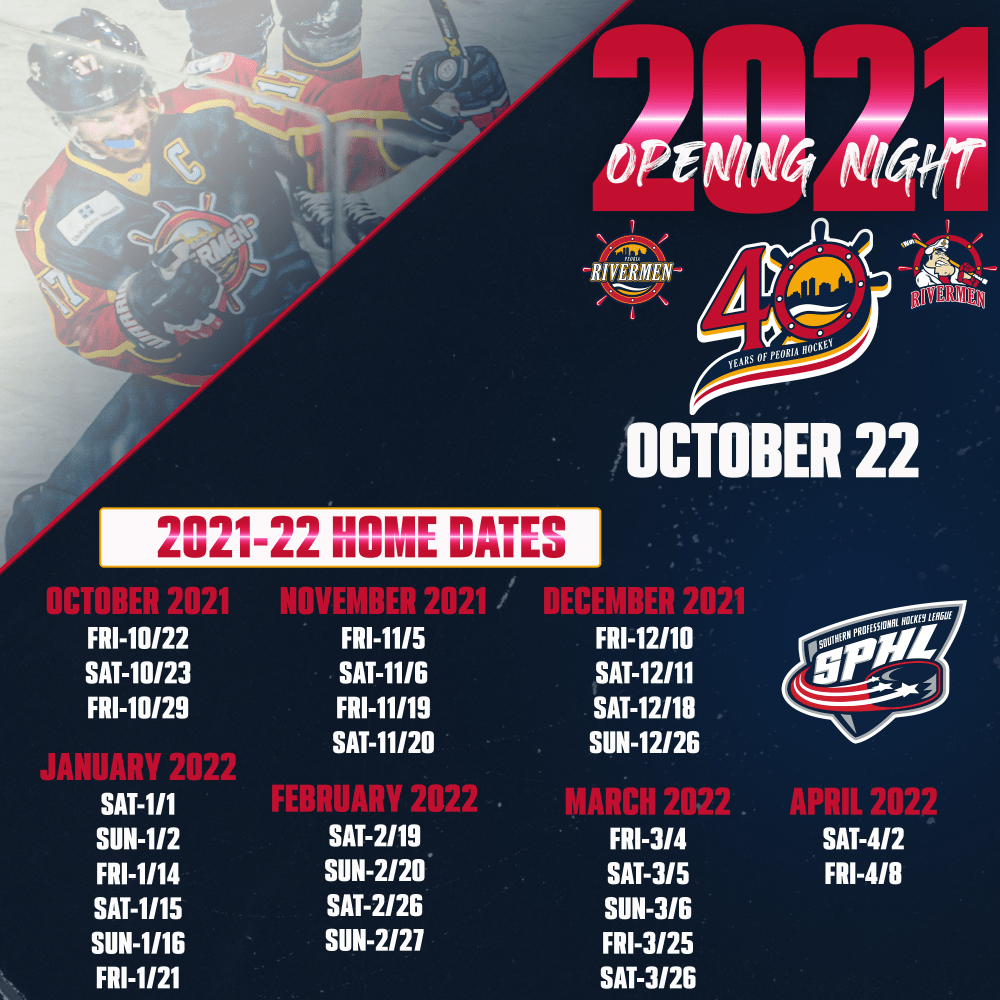 Peoria, IL – The Peoria Rivermen, in conjunction with the Southern Professional Hockey League (SPHL), have revealed the dates for all 28 regular season home games to be played at Carver Arena during the 2021-22 SPHL season.

Following a season away from the Peoria Civic Center due to COVID-19, the Rivermen are set to begin their voyage in the new season at home on opening night, taking place Friday, October 22. The team will be home both Friday and Saturday (October 22-23) of that weekend to kick the season off. Opponents, along with times for games will be announced at a later date, though fans can expect a regionalized schedule featuring a large number of games against the rival-Quad City Storm and Evansville Thunderbolts, along with the SPHL’s newest franchise, the Vermilion County Bobcats.

Peoria wraps up its home portion of the regular season on Friday, April 8, with the SPHL President’s Cup Playoffs slated to begin the following week. Rivermen Head Coach Jean-Guy Trudel has led his team to the postseason every year prior to the cancellation of the 2019-20 season. The Rivermen have appeared in the President’s Cup Finals three times, with the most recent visit coming in 2018.

Below is the listed of home dates for the upcoming season of Rivermen hockey!