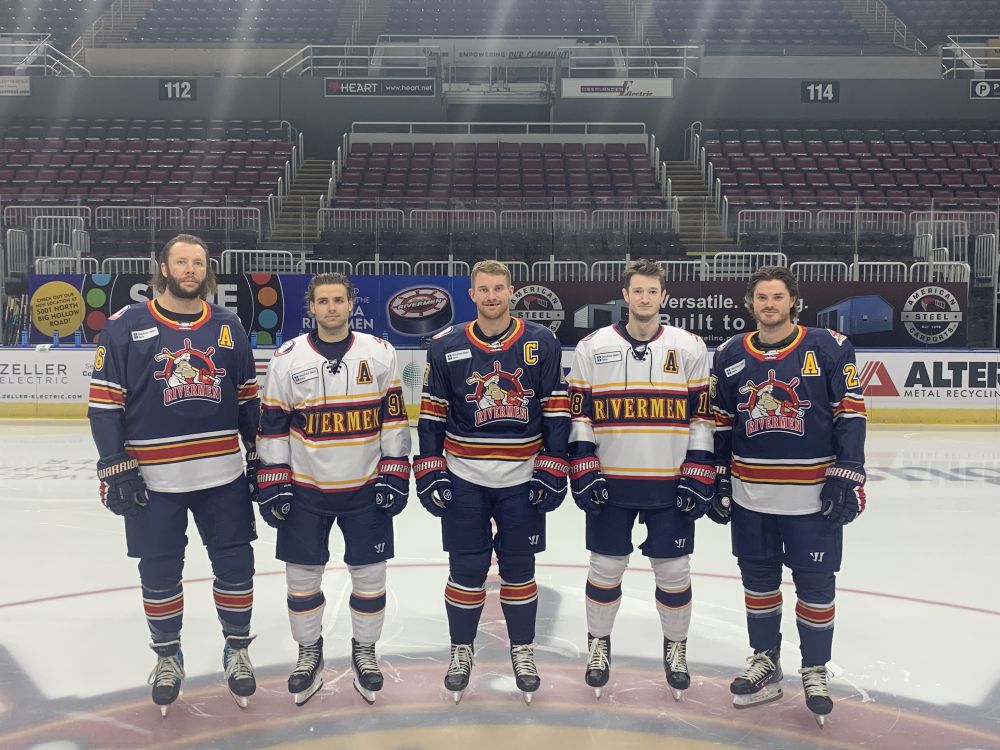 Peoria, IL – Ahead of their home opener against the Macon Mayhem, the Peoria Rivermen are proud to announce their captains for the 2021-22 season.

Alec Hagaman will return as captain of the Rivermen this season. Hagaman, who has worn a letter in his prior two seasons, was Peoria’s captain back in the 2019-20 campaign that ended prematurely due to COVID-19. Hagaman was also an assistant captain for the Pensacola Ice Flyers in their President’s Cup run last season.

This season the Rivermen will employ two sets of alternate captains, one for home games and the other for road games. Peoria’s home assistant captains will be veteran winger Cody Dion and defenseman Nick Neville. Dion is entering his 8th professional season and 5th with the Rivermen while Neville is also entering his 5th season in Peoria.

Defenseman Brandon Rumble will wear the “A” for the Rivermen on the road, as well as forward Alec Baer. Rumble has had plenty of experience in both the ECHL and the SPHL in his professional career, he is currently entering his 4th season in the River City. Baer originally came to Peoria in the middle of the 19-20 season but that didn’t stop him from netting 25 points before the premature end of the campaign a professional best. Baer played with the Birmingham Bulls last season.