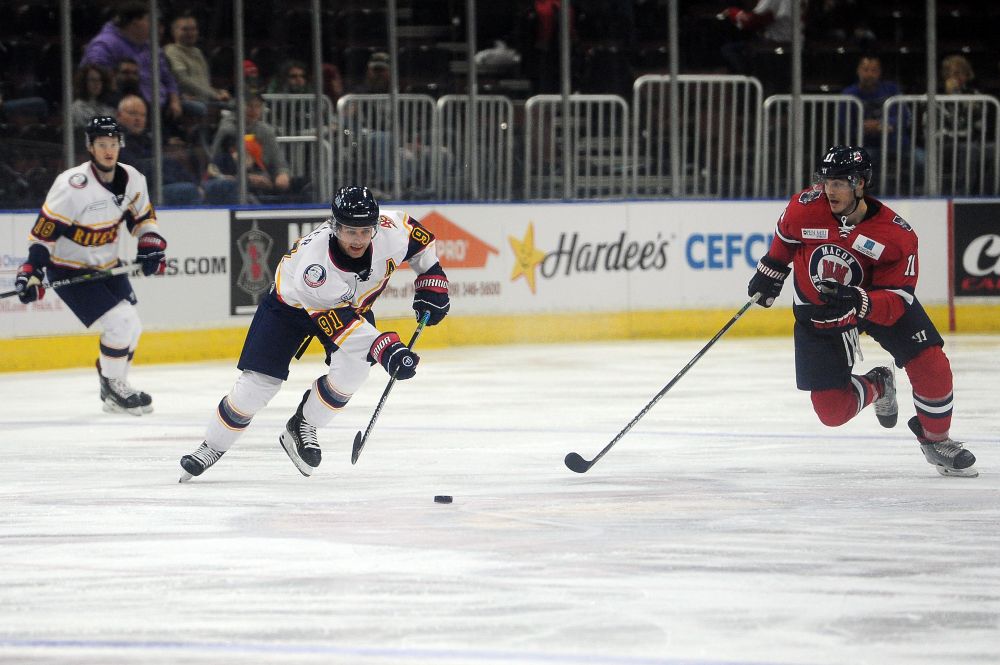 PEORIA, IL – It was a busy week for the Peoria Rivermen as they have completed multiple transactions in order the firm up their roster ahead of their first road contest of the season. Peoria has announced the signing of goaltender Bailey MacBurnie, along with defensemen Jake Grade and Zach Wilkie. In addition, they have acquired forward Paul Deslauriers from Evansville in exchange for future considerations.

MacBurnie, a netminder from Beverly, Massachusetts stands at 6’2, 185 lbs. He has played two games in the Southern Professional Hockey League this season with the Quad City Storm. He is 0-1-1 in that span with a 1.29 goals-against average and a .952 save percentage. Before making his SPHL debut, he was a four-year starter with the University of Massachusetts-Boston at the Division III level. MacBurnie is replacing Jack Berry who was called up to the ECHL earlier this week.

Zach Wilkie is a defenseman who was originally selected to come to Peoria but elected to start the season with the Allen Americans of the ECHL instead. After playing only two games, Wilkie has signed with Peoria and will be a key addition to the Rivermen defensive corps. Wilkie, a native of Villa Park, IL is a product of the Ontario Hockey League and is still searching for his first professional point.

Jake Grade, in coming to Peoria, will have a chance to play against his former team this weekend. Grade started this season in Evansville, though he only played in one game and logged two penalty minutes. A native of Falmouth, Maine, he played four years with Saint Anslem College from 2016-2020. During the 2020-21 season, he played in France before returning to the United States. Like his teammate Zach Wilkie, Grade is in search of his first professional point.

Forward Paul-Antoine Deslauriers is a 24-year-old forward from Otterburn Park Quebec, Canada. Deslauriers played four years in the Quebec Junior Hockey League before spending two years with Laurentian University from 2018-2020. During that time, he was teammates with Zach Wilkie. Deslauriers played in two games for Evansville to start the season, his first in North American Pro hockey, and has one assist so far this season.

In addition to the recent acquisitions, Forwards Colin Chmelka, Levi Armstrong, and defenseman Dustin Henning have been released by the team.