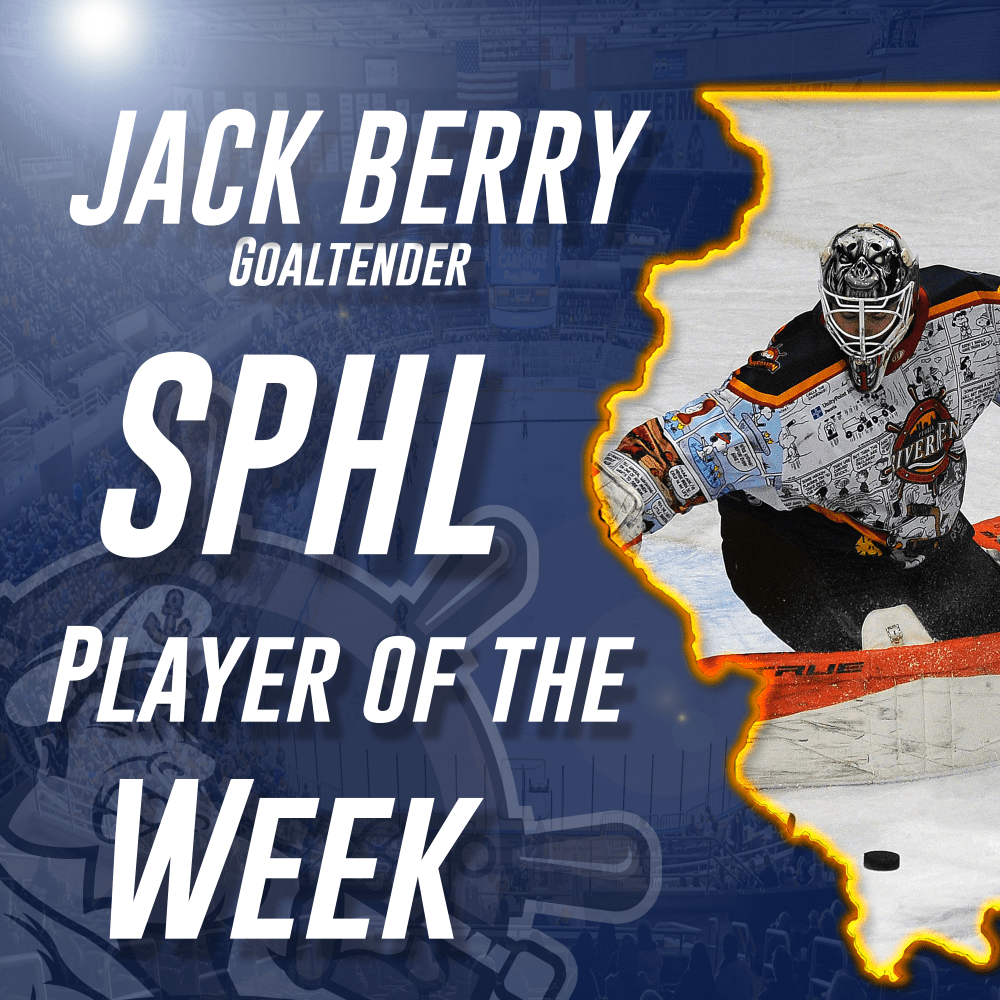 PEORIA, IL – Jack Berry was announced on Tuesday as this week’s Warrior Hockey/SPHL Player of the week for his heroics in Peoria’s 1-0 victory over the Huntsville Havoc on Saturday, November 20.

Berry, 25, made 27 saves against the hereto undefeated Havoc to record the first shutout of his professional hockey career. Huntsville was averaging over four goals per game coming into Saturday night’s contest and suffered their first loss of the season at Peoria’s hands.

Though still considered a rookie, Berry is in his second season with the SPHL and first in Peoria. During the 2020-21 season, Berry suited up for nine games for the Pensacola Ice Flyers, during which time he became acquainted with Rivermen captain Alec Hagaman, who encouraged him to come to play in the River City.

Berry currently boasts a 2-0-0 record as a starter and ranks first among all rookie goaltenders in save percentage (.964) and goals-against average (1.00). Berry, a native of Holly, Michigan, played for four years at the University of Wisconsin before starting his professional career.

Berry is the first Rivermen to receive the honor of Warrior Hockey SPHL Player of the Week for the 2021-22 season.