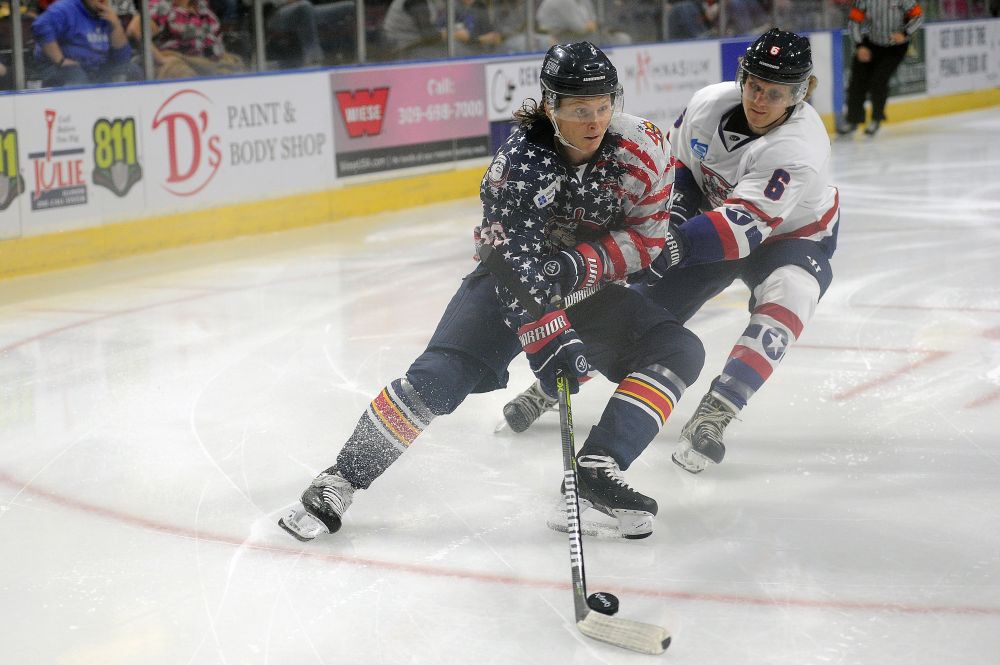 MOLINE, IL – It was a game where, at least in the third period, very little went right for Peoria. Bad bounces and tough penalties in the final frame turned upended the Rivermen as they fell to Quad City 4-3 on Friday night at the TaxSlayer Center. At the end of the day, however, these only illustrate the game in the third period, not tell its whole story.

Peoria got the start they needed in the first period, picking up a power-play goal off of Mitch McPherson’s shot on the doorstep off of a nice feed in front. But the Storm surged with two unanswered goals to close out the period, including one on the power play as well.

Down 2-1, the Rivermen saw again the emergence of Alec Hagaman as he netted two quick goals in the middle frame to put the Rivermen up 3-2 going into the third.

But it was in the third that things started to go south. The Rivermen were assessed five penalties, including two in the final minute of the game, and saw Quad City capitalize on two more power-play goals. The first came from a shot from center ice that caromed off the end boards and then off of Rivermen netminder Eric Levine and into the back of the net. The second one came with just six seconds to play off a rebound in front that Levine was powerless to stop.

In the end, Peoria’s penalty kill played valiantly against one of the best power-play units in the league but was on the ice for too long. It’s a stinging defeat but one that can be used as a learning tool. The emergence of Hagaman as a serious offensive threat this early in the season is a positive sign as he has four goals in his last two games. Furthermore, the resiliency of the Rivermen to fight back in the second period after seeing a lead vanish is commendable. Peoria will have a chance to apply these lessons next weekend as they host the Huntsville Havoc for two games at Carver Arena, face off for both Friday and Saturday games is set for 7:15 pm.