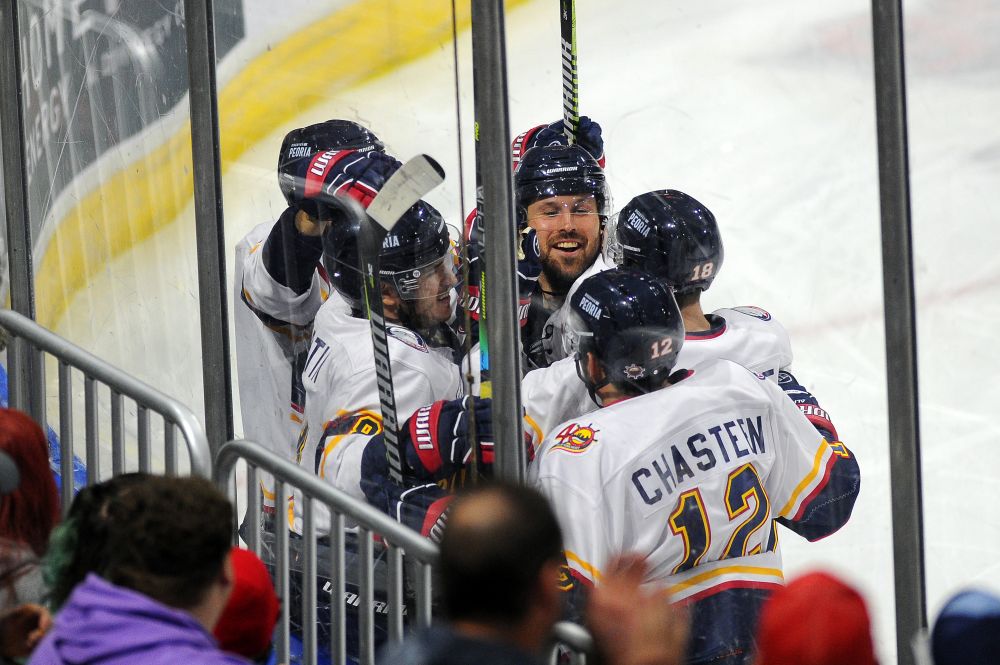 The Rivermen have announced on Thursday that they have re-signed forward Nate Chasteen.

Chasteen has been frequently in and out of the lineup this season for Peoria as the Rivermen have been rotating bodies due to injury and ECHL call-ups. So far this season, Chasteen has played in four games for the Rivermen and has one assist and is a plus-one.

In addition, the Rivermen have also signed defenseman Yegor Kostiukov off of waivers. Kostiukov has played for two other teams in the SPHL, he earned his first SPHL point while playing in eight games for the Birmingham Bulls and played two more games with the Evansville Thunderbolts afterwards.

Both Chasteen and Kostiukov will be available for the Rivermen this weekend as they host the Huntsville Havoc at Carver Arena this Friday and Saturday. Face-off for both contests is set for 7:15 pm.