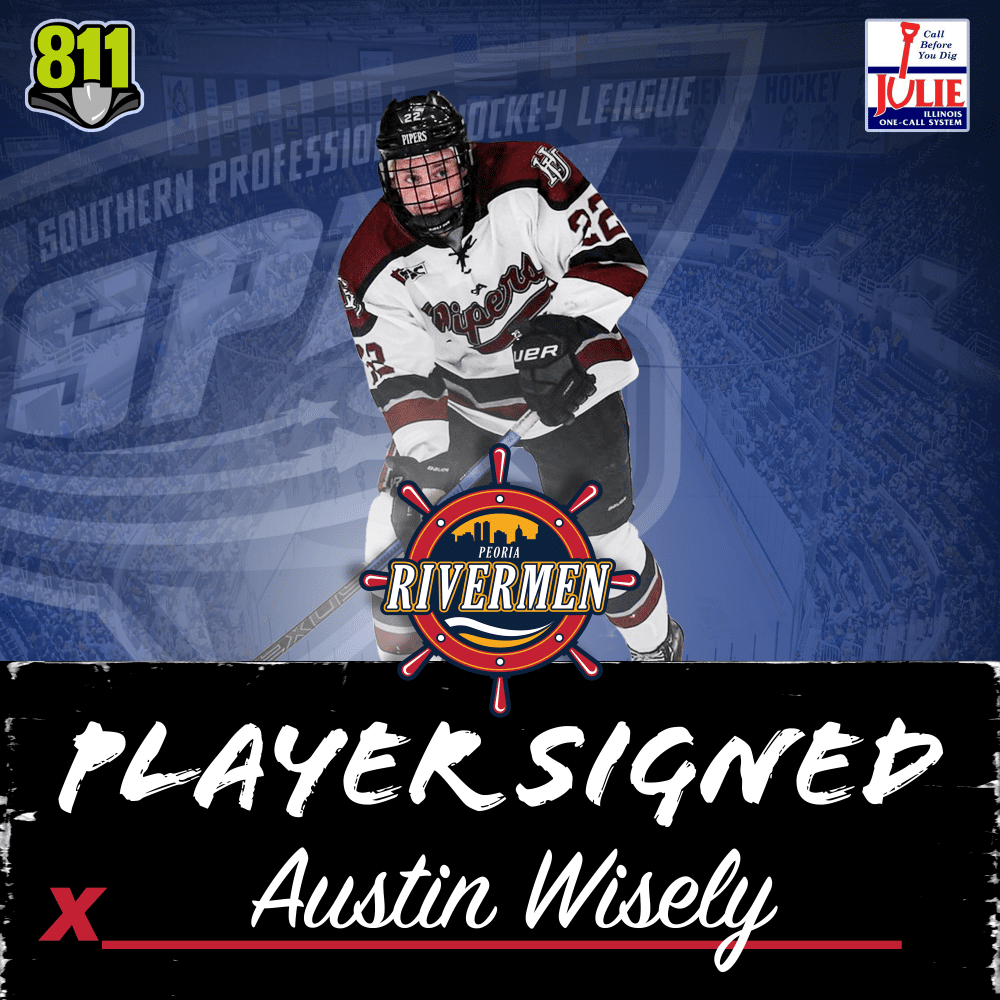 PEORIA, IL – The Rivermen today announced that they have signed forward Austin Wisely to a professional tryout  (PTO) contract.

Wisely, a native of Chillicothe, Illinois,  stands tall at 5’10’’ and weighs 190 pounds. This will not be Wisely’s first trip to Peoria, he was a standout for the Peoria Mustangs of the NA3HL for six seasons from 2011-2016. After playing with the Mustangs Wisely played four years of college hockey with Hamline University.

During his time with the Pipers Wisely played in 76 games, netting four goals and 13 assists for 17 points. This will be his first time playing professional hockey and first in the Southern Professional Hockey League. Wisely will be the fourth Peoria Mustang alumnus on the Rivermen’s active roster.

The Rivermen are on the road this Friday to close out 2021 with a trip to Evansville, Indiana to face the Thunderbolts. They will then be back home at Carver Arena on Saturday and Sunday, January 1 and 2, against Evansville. The Rivermen will be giving away team jerseys to the first 500 kids to come to the game on Saturday. On Sunday the Rivermen will host several pregame kids activities and a post-game skate with the team.