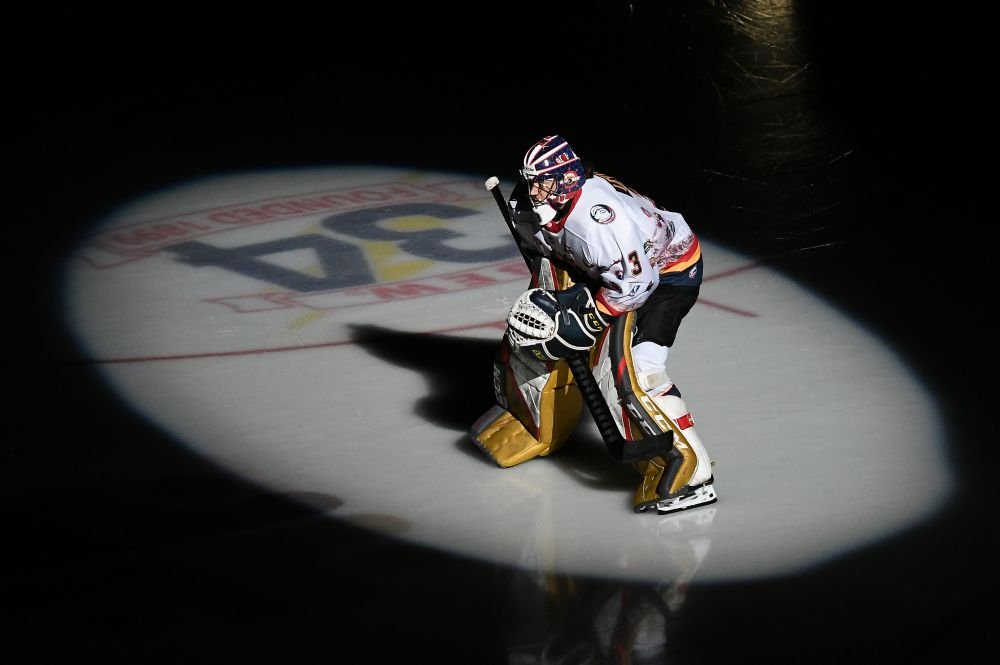 DANVILLE, IL – Peoria netminder Eric Levine earned his third shutout of the season and second on the road as he and the Rivermen defeated the Vermilion County Bobcats 4-0 at David S. Palmer Arena on Saturday night.

Just like on Friday, the Rivermen got off to a hot start with two goals in the first period. The first goal came from a quick shot by Mitch McPherson whose 12th goal of the year put the Rivermen up 1-0. This was followed up later in the period by Paul-Antoine Deslauriers, who received a nifty pass from Mathieu Cloutier as Deslauriers streaked into the low slot. Deslauriers made a nice deke move that Bobcat netminder Ben Churchfield fell for and it allowed Deslauriers to deposit the puck into a wide-open net. That goal marked Deslauriers’ fourth tally in five games and it gave the Rivermen a 2-0 lead.

Unlike Friday night, Peoria did not let off the gas at all in the second period and instead extended their lead. J.M. Piotrowski was able to fire home a rebound from the base of the left-wing circle to record his 12th goal of the season. Again, Deslauriers followed this goal up with one of his own. Taking advantage of a turn-over along the left wall, Deslauriers streaked into the low slot and shot the puck into the net as he cut across the top of the crease for his second goal of the game and a 4-0 Rivermen lead.

The third period saw the Rivermen completely shut the door on the Bobcats who barely threatened to score outside of a few isolated chances. In the end, Eric Levine made 23 saves to record his third shutout of the season, this ties the league lead in that category. Piotrowski finished the night with three points (one goal, two assists) and Deslauriers with two goals.

With the victory, the Rivermen pick up their 20th win of the season and solidify their hold on third place in the SPHL. The Rivermen will look for the three-game weekend sweep on Sunday afternoon as they travel back to Danville for a 4:00 pm contest with the Bobcats.