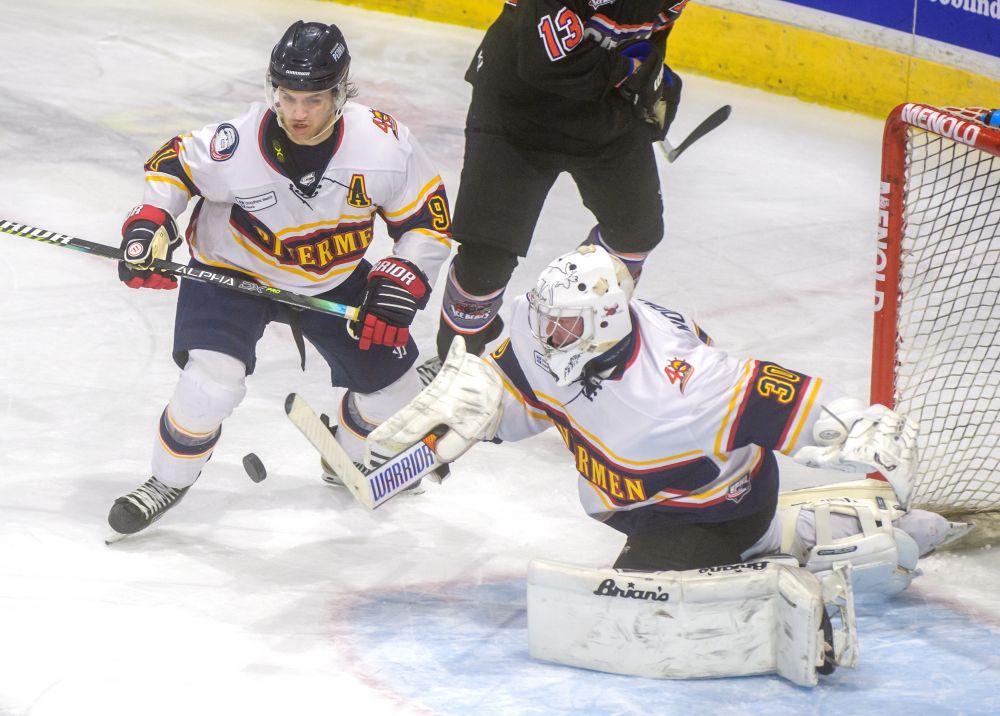 DANVILLE, IL – The Rivermen earned their eighth straight victory, swept the three-game weekend, and closed out the month of January on a high note as they defeated the Vermilion County Bobcats by a score of 5-2 at David S. Palmer Arena on Sunday night.

The scoring started early for the Rivermen as Marcel Godbout was able to find the back of the net on a hard wrist shot from the high slot just 66 seconds into the contest. But the Bobcats responded with two quick goals just 32 seconds apart. Their two goals, one coming on the power play, gave the Bobcats a 2-1 lead, their first over Peoria this season. Put the Rivermen rallied and went to work on their first power play of the game. On a goal-mouth scramble, J.M. Piotrowski was able to deflect the puck into the back of the net to tie the game at 2-2.

From that point on, Peoria took control of the game, starting in the second period. The Rivermen laid siege in the Vermilion County end. They outshot the Bobcats 24-6 in the middle period and their relentless offensive prowess was rewarded with Godbout’s second of the night off of another hard wrist-shot, this time from the right side.

Up 3-2 in the third period, the Rivermen did not rest on their laurels and instead continued the attack, netting two goals in the final period. This included Alec Baer’s first of the night on a broken play in front of the net and Justin Brausen’s empty-net goal in the final minutes of regulation. The last goal for Brausen was significant, not just because it was his first in the SPHL, but because it came in the same building in which he spent eight years with the FPHL’s Danville Dashers.

Not only does the victory help Peoria end the month of January on a high note, but it gives them added momentum going into February. The Rivermen finished the first month of 2022 with a 10-2-0 record and have climbed into firm possession of third place in the SPHL standings. Peoria will be back on the road on Friday night in Danville, Illinois before traveling to the Quad Cities for two games on Saturday and Sunday of next weekend.