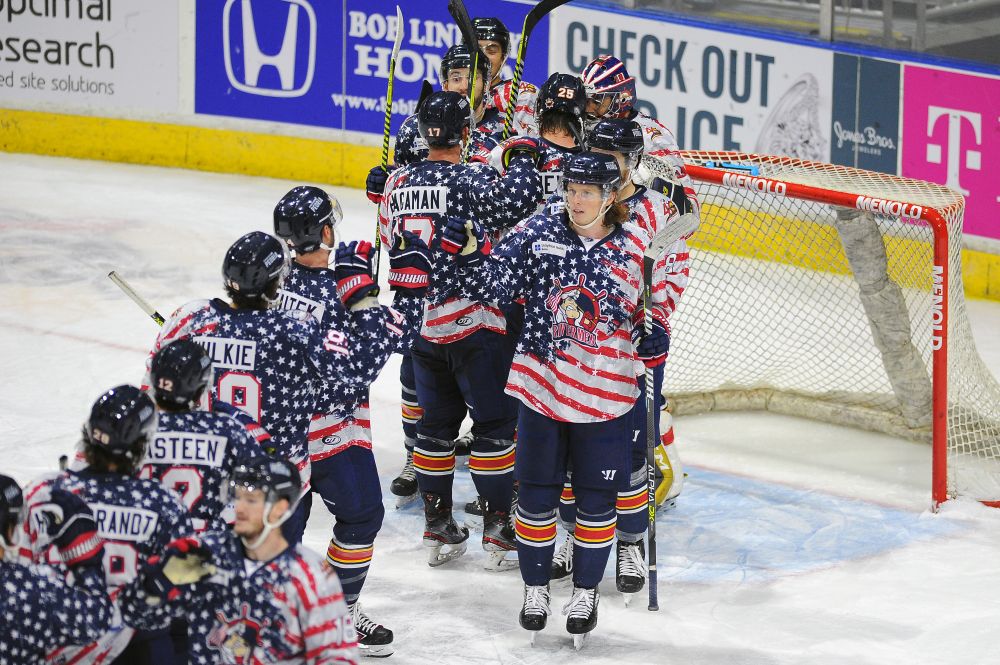 PEORIA, IL – Another banner day for the Peoria Rivermen and their special teams unit spelled disaster for the Evansville Thunderbolts as Peoria defeated Evansville 5-2 at Carver Arena on Tuesday night.

The contest did not start the way Peoria wanted as they surrendered the first goal on the power play less than five minutes in. But like they have all season, the Rivermen regrouped and responded quickly. On their first power play of the night, Alec Baer tied the game for Peoria off of a quick wrist shot from the high slot to secure his tenth goal of the season. This was followed up late in the first period by Mike Laidley, who deflected another Baer shot between the legs of Evansville netminder Brian Billet to put the Rivermen up 2-1.

Peoria continued their dominance on the power-play in the second as Alec Hagaman, off of a net mouth scramble, was able to jam home a rebound for his seventh power-play goal of the season to put the Rivermen up 3-1. About six minutes later, Baer was able to strike again. This time his goal came just six seconds into another Rivermen power play. After receiving a nifty pass from Zach Wilkie. Bear glided to his left and sent a hard shot toward his right from the top of the left-wing circle. The puck sailed past Billet for Baer’s second of the game and a 4-1 Rivermen lead.

The third period saw Evansville fight back and gain some momentum, which culminated in their second goal of the game. In all, the Thunderbolts mustered 22 shots on the net in the final period, all but one was turned aside by Eric Levine and the Peoria defense. This included two penalty kills that were successfully skated off by Peoria. The Rivermen were able to once again regroup and get one more goal off of a turnover and a pass to J.M. Piotrowski in the high slot. Piotrowski was able to rifle his shot in past Billet to regain the three-goal lead, a lead Peoria held for the remainder of the night.

All in all, the Rivermen special teams were the difference as they held Evansville to just one power-play goal in six tries and scored three power-play goals in four attempts. All of this combined to lift the Rivermen to their fifth straight victory in a row and sixth straight at home in 2022. But Peoria will not get the benefit of home ice for quite a while as they now embark on a ten-game road trip starting on Friday night when they travel to the Quad Cities to face off against the rival Storm.