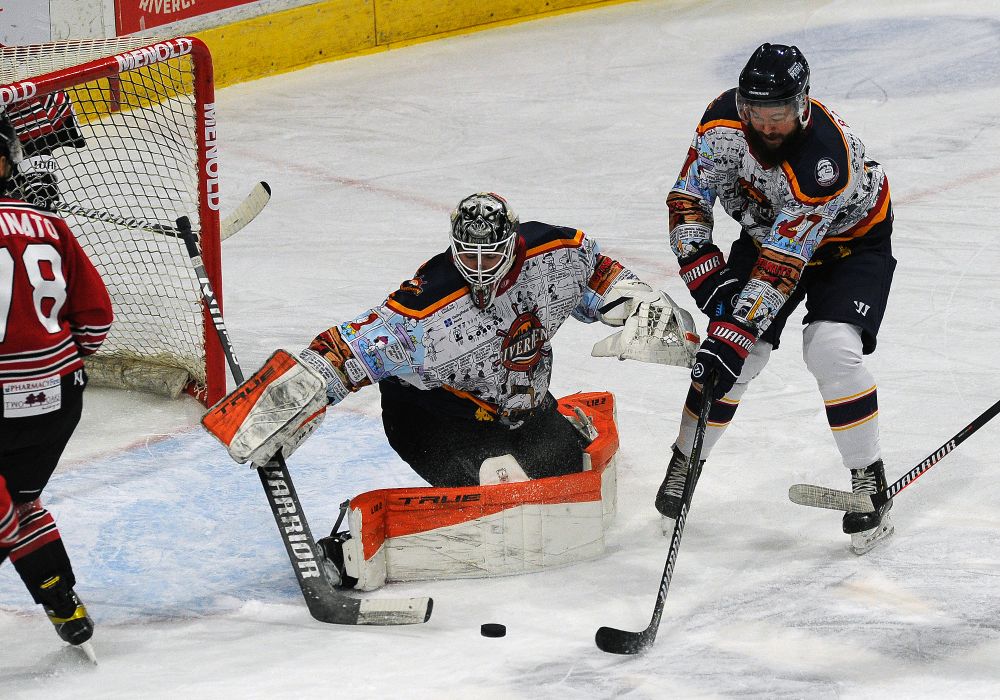 HUNTSVILLE, AL – Rivermen goaltender Jack Berry made 35 saves to record his second shutout of the season against the Huntsville Havoc on Saturday night at Propst Arena.

The Rivermen were able to get the start they wanted as Cody Dion was able to sweep in a loose puck in the low slot just under six minutes in. Dion’s goal marked his first in 23 games and first since the October 22 home opener against Macon. Since that point the Rivermen laid siege to Hunter Vorva and the Havoc, netting 15 shots on net. It was only due to the exceptional goaltending by Vorva that the Rivermen did not extend their lead by one or two goals right there and then.

Peoria carried that momentum into the middle period as Alec Baer was able to extend the lead less than four minutes in. Skating up the left-wing side, Baer took a shot that pinballed off of a Huntsville defenseman and into the back of the net. Baer’s second point of the night put the Rivermen up 2-0 and accounted for one of Peoria’s four shots in the second. After that goal, the Havoc unleashed a heavy attack in the Rivermen end, aided by a power play in an attempt to pull within one. Rivermen netminder Jack Berry was spectacular making multiple saves on point-blank and deflected shots to keep the Havoc off the scoreboard.

The third period was a similar story to the second. Alec Baer was the beneficiary of a lucky bounce as he was able to intercept an attempted clear from Vorva. Taking two strides to his left, Baer shot the puck into a wide-open net to secure his second goal of the game and the 3-0 Rivermen lead. Desperate to get on the scoreboard, Huntsville sent all kinds of shots on the net. Aided by an extended five-on-three power play the Havoc took 15 shots in the final period. Jack Berry stopped every one of them and as the horn sounded signaling the end of regulation, Berry skated off with his third victory of the season and second shutout of the year.

With the win, the Rivermen have gone 7-0-0-2 in their last nine road games. In addition, Peoria extended their point streak to a league-high 14 games in a row. The Rivermen will finish their road-stand on Friday night in Vermilion County.