Deja Vu as Rivermen Fall to Huntsville in Shootout 3-2 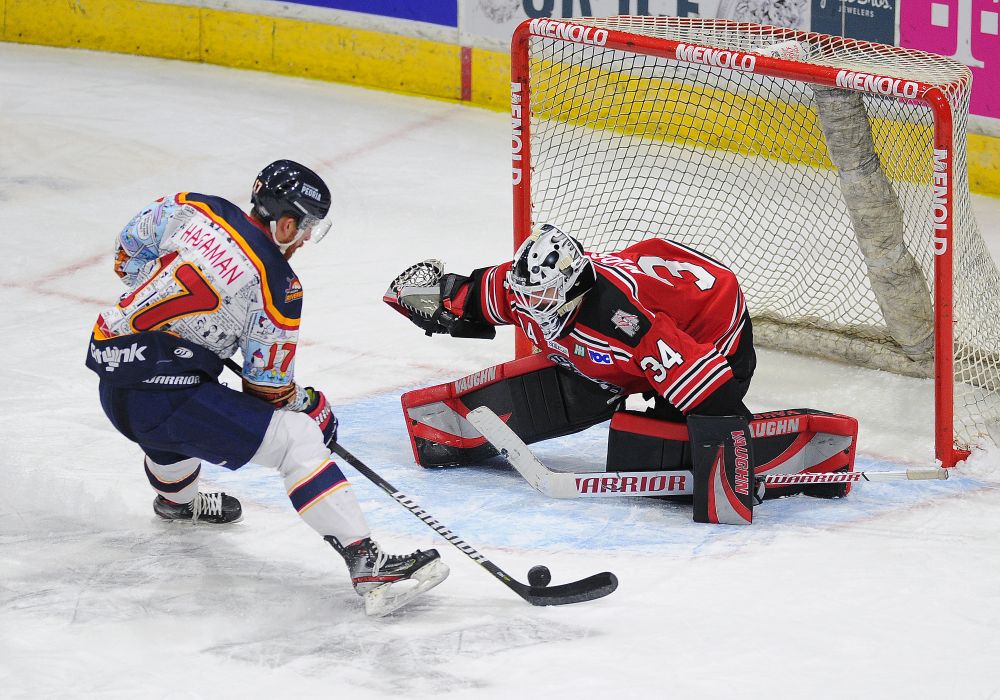 HUNTSVILLE, AL – In some eerily similar circumstances, both from Thursday night and from November 19, the Rivermen fell to the Huntsville Havoc in a shootout by a score of 3-2 at Propst Arena on Friday night.

The contest did not start as well as the Rivermen would’ve liked as they fell down 1-0 just over five minutes in after a quick pass from below the goal line found Huntsville’s Kyle Clark uncovered in the low slot. Clark’s quick release tallied the first goal of the night and gave Huntsville the early lead. Despite this setback, Peoria settled in and had a strong end to the period getting several good chances and nearly tying the game.

The second period was filled with Peoria penalties as the Rivermen were constantly called for infractions. But ironically this led to their first goal of the contest. Taking advantage of a turnover, Mike Laidley streaked up the left-wing side shorthanded. On a two-on-one rush, Laidley kept the puck and skated into the low slot, out-waiting Huntsville netminder Hunter Vorva, Laidley backhanded the puck into the back of the net to tally his 13th of the season and Peoria’s second short-handed goal of the year. The Havoc were able to counter back with a quick passing play to take the lead 2-1 going into the third period.

It was somewhat like déjà vu for Peoria in the third. Like Thursday night they received a five-on-three power play in the late stages down 2-1. Unlike Thursday they failed to convert. Forced to pull their netminder, the Rivermen finally found the tying goal off of a rebound by JM Piotrowski. Piotrowski’s shot deflected right back to him at the side of the net and he was able to fire in the rebound to help force overtime. It marked the third time that the Rivermen had overcome a third period deficit in as many road contests.

In the end the game was to be decided in a shootout where Sy Nutkevitch was the only scorer, thus taking back sole control of the scoring race and becoming the all-time scoring leader of the Huntsville Havoc.

Though the loss stings, the Rivermen’s point streak is still alive at 13 straight games. Peoria will look to extend that streak to a new season high on Saturday night as they finish up their three-in-three week against Huntsville.