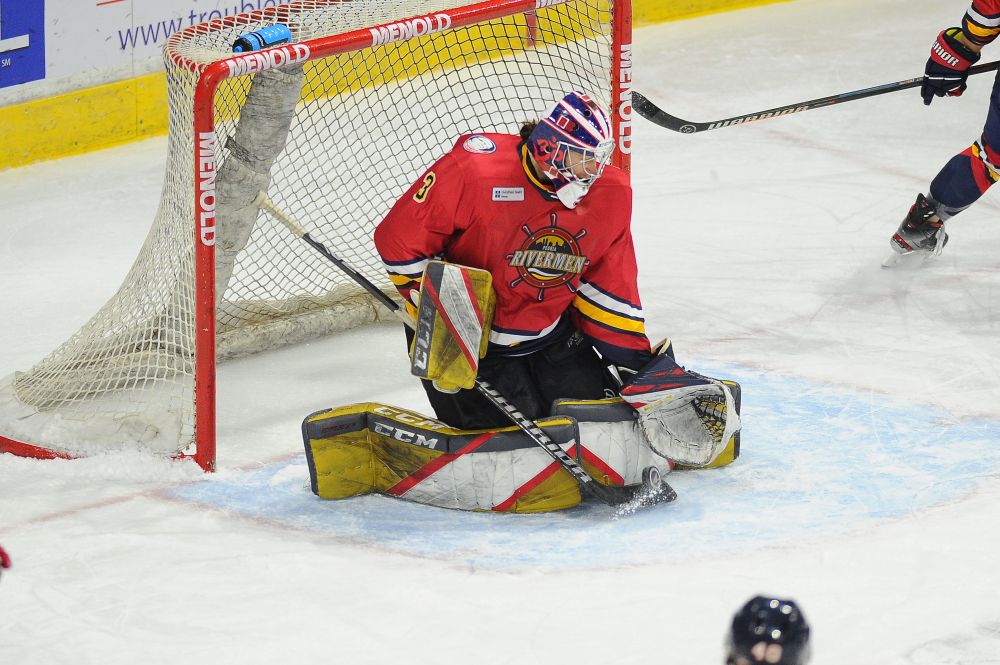 PEORIA, IL –It has been announced on Wednesday afternoon that goaltender Eric Levine was named January’s Warrior Hockey/SPHL Player of the Month.

Levine started in all 12 games for the Peoria Rivermen in the month of January. In those 12 games, Levine backstopped the Rivermen to a 10-2-0 record, with a .921 save percentage and a 2.16 goals-against average in the first month of 2022. Levine also recorded his third shutout of the season on January 29 against Vermilion County.

Overall, Levine has started in 18 straight games (12 of which were in January) which is the longest streak for a Rivermen goaltender. Levine currently leads the SPHL in both wins (18) and saves (757) so far this season and is tied for the lead in shutouts (3).

This is the second straight month in which a Rivermen player has been named Warrior Hockey/SPHL Player of the Month this season. Alec Hagaman started the trend when he was named the Warrior Hockey/SPHL Player of the Month for December. This is also Levine’s first league-wide honor this year. Levine and the Rivermen are currently in the midst of a ten-game road stand, with a three-game road weekend coming up against Vermilion County (February 4) and Quad City (February 5-6).