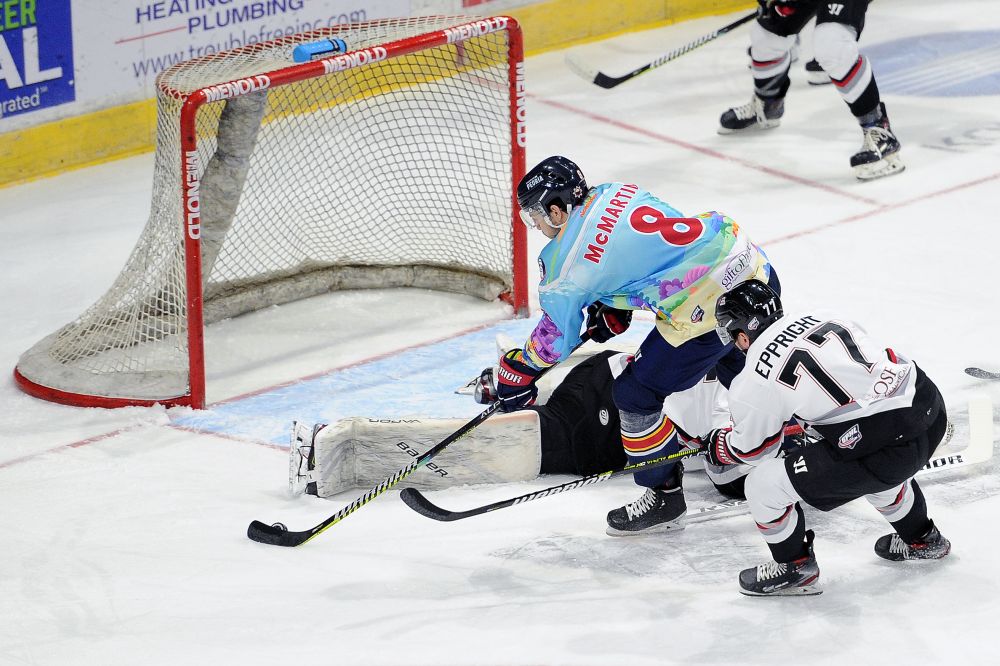 PEORIA, IL – Despite some tough ice conditions the Rivermen defeated the Vermilion County Bobcats 4-1 on Saturday night to notch their 16th consecutive game with at least a point. The contest also marked their first game at home in Carver Arena in 10 games.

The scoring started early for Peoria as Marcel Godbout was able to find the back of the net on a power-play tally just 98 seconds into the first period. The Rivermen followed that up with a nice goal by Brandon McMartin who pulled off a nice deke in the low slot to put the Rivermen on top 2-0.

In the third period, the Rivermen extended their lead to 4-1 after Mathieu Cloutier received a picture-perfect pass from Baer on an odd-man rush. In the end, the Rivermen skated to victory in front of 4107 fans at Carver Arena, their largest crowd of the year. The Rivermen will look for the three-game weekend sweep as they welcome the Quad City storm to Peoria on Sunday afternoon at 3:15 pm.