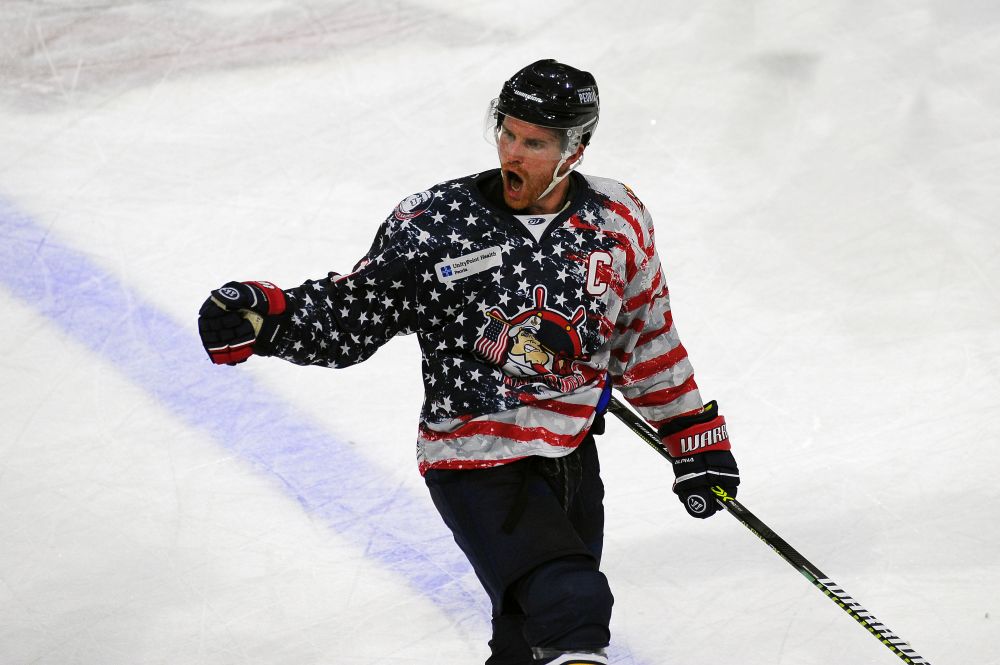 MOLINE, IL – The Rivermen held the lead on Saturday night for over 48 minutes. It only took them 39 seconds in overtime to secure the victory. Alec Hagaman’s overtime heroics lifted the Rivermen to their 11th consecutive victory as Peoria defeated Quad City 2-1 at the TaxSlayer Center.

Despite being out-shot in the first period 17-8, the Rivermen were able to take the lead after killing off their first penalty of the game. Skating up ice on a two-on-one, Alec Hagaman was able to send a pass across to Marcel Godbout. Godbout, with time and space, executed a quick toe-drag and then fired a wrist shot that deflected in off of the cross-bar to put Peoria on top 1-0. The goal marked Godbout’s 14th of the season and Hagaman’s 50th point of the year on the assist.

Quad City ratcheted up the offensive attack in the second period but thanks to some big saves by Eric Levine and some big blocks by the Rivermen defensemen, the Storm were unable to capitalize on their quality chances in the second.

The third period saw the Rivermen continue their strong defensive play. However, Quad City was able to score a power-play goal late on a short-angle shot to tie the game 1-1. As the period ended it became evident that both sides would be heading to overtime.

It only took 39 seconds. When Francesco Corona’s quick shot was blocked, the puck deflected right to Hagaman in the high slot. Hagaman’s turnaround shot sailed into the back of the net, giving Peoria their 10th straight victory and second straight in overtime.

Hagaman’s two-point night has tied him for first in SPHL scoring with 51 points. He and the Rivermen will be back in Quad City tomorrow afternoon looking for their 11th consecutive victory and second straight three-game weekend sweep.