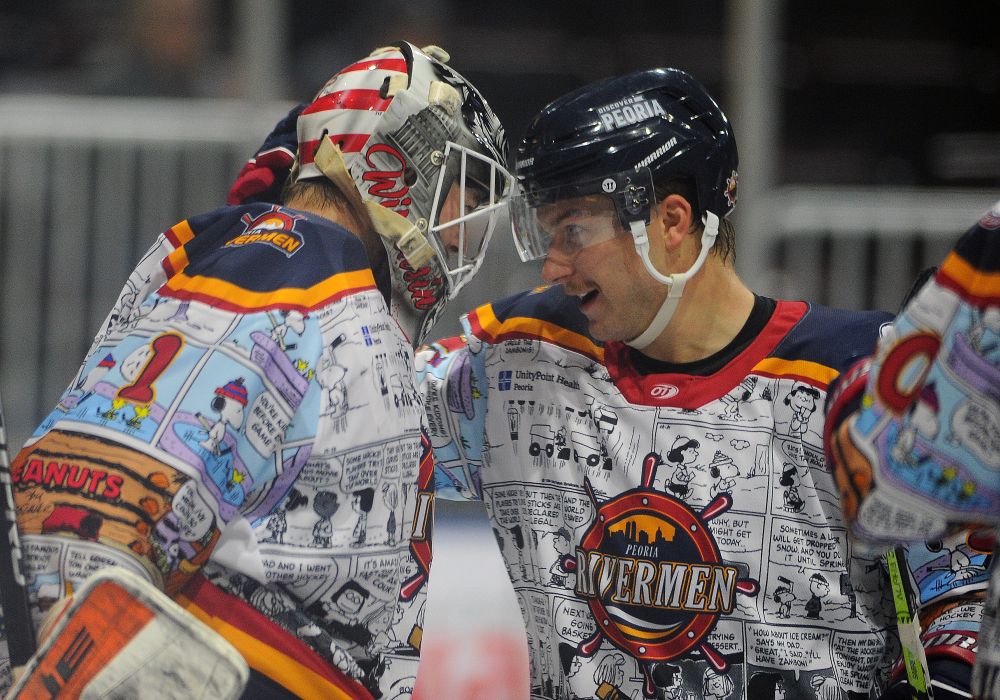 PEORIA, IL – The Rivermen made some roster moves at the goaltender position this week as they have announced that they have released goaltender Joseph Noonan with Jack Berry returning to Peoria from the ECHL.

Noonan, a native of Providence Rhode Island, played in two games for the Rivermen during his time in Peoria, he boasted a 1-0 record with a 3.13 goals-against average and a .900 save percentage. His most memorable feat was coming off the bench in relief for Eric Levine on December 10 vs Knoxville. With the Rivermen down 4-2 to the Ice Bears, Noonan backstopped the Rivermen to a comeback effort and shootout victory. Noonan stopped all 15 shots that were sent his way in his first-ever appearance in the SPHL.

Jack Berry started this season with the Rivermen. Though he only played in four games, he managed a 2-0-0-2 record in that span with a 1.45 goals-against-average and a .950 save percentage. This includes Berry’s 27-save shutout against the Huntsville Havoc on November 20, handing Huntsville their first regulation loss of the season.

Berry accepted his second call up to the ECHL in early December, during that time he stared in five games for the Iowa Heartlanders, the double-A affiliate of the Minnesota Wild. Berry’s record with Iowa was a respectable 1-2-1 with a 3.84 goals-against average and a .873 save percentage. Berry will be available for the Rivermen this weekend as they face off against the Vermilion County Bobcats on Friday, February 4, and Quad City on February 5 and 6. Ironically those are the last two teams that Berry faced before his second ECHL call-up.