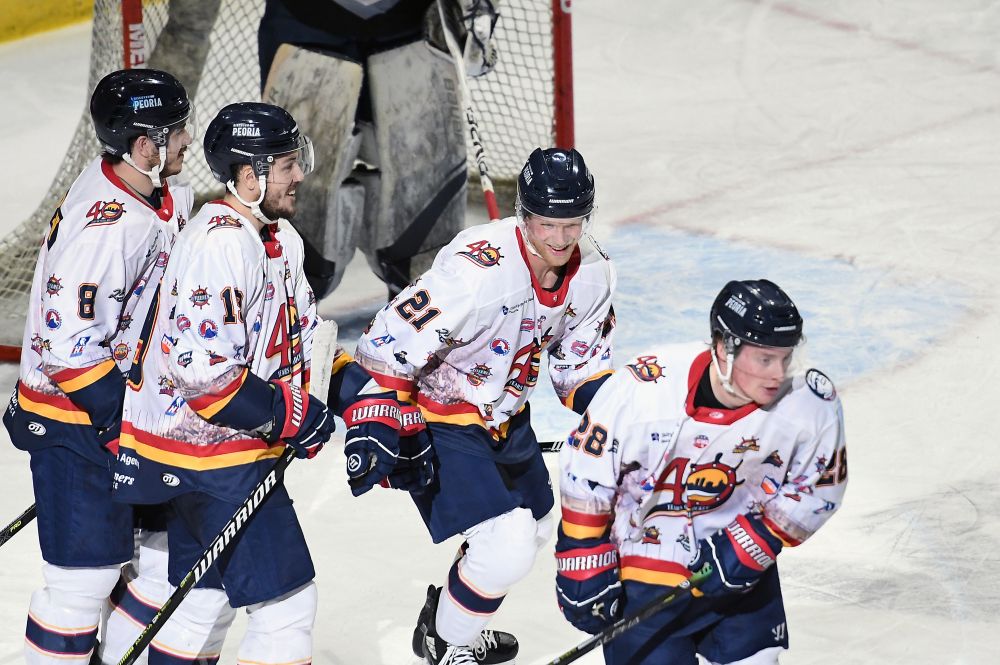 DANVILLE, IL – Mike Laidley’s two goals for Peoria were the difference as the Rivermen overcame the Bobcats 3-2 in overtime on Friday night at David S. Palmer Arena.

Vermilion County got on the board first as they scored from a quick shot to the right-wing side to take a 1-0 lead. The Rivermen were able to answer back in the final minute of the first period though as the puck deflected out into the low slot where Mike Laidley back-handed it into the net for this 13th goal of the year and second in three games.

Despite the Rivermen controlling most of the third period, Vermilion County was able to find the equalizer on a short-handed breakaway to tie the game up 2-2. As regulation time expired, Peoria found themselves in their second overtime game in their last three contests.

They didn’t have to wait long for the game-winner, as Alec Baer corralled the puck after being hooked. Seeing Laidley in the slot, Baer shot a pass over to him. Laidley, uncovered, pulled off a quick forehand-backhand deke to open up the goaltender before tucking the puck into the back of the net.

Laidley’s overtime winner marked his second of the night and his first post-regulation goal this year. It also marked the Rivermen’s third overtime victory of the season. All in all, Peoria will conclude their ten-game road stand with an impressive 8-0-1-1 record. The Rivermen will be back on home ice on Saturday night against Vermilion County.