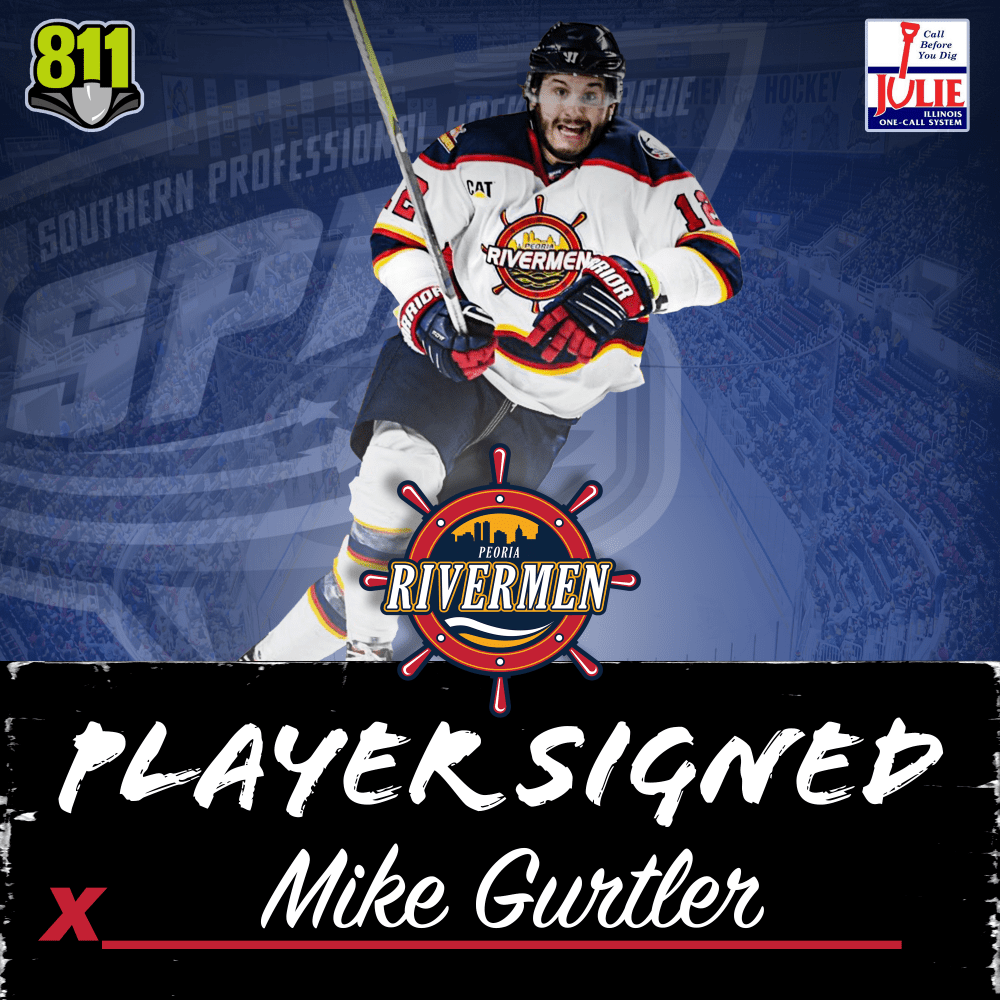 PEORIA, IL – Ahead of their contest on Sunday against Vermilion County the Rivermen have announced several roster moves. This includes the singing of former Rivermen standout Mike Gurtler and Dalton Young

Gurtler played the Rivermen for four years from 2014-2019. In that time, he accumulated 109 points in a Rivermen uniform with over 110 penalty minutes. Gurtler also has SPHL experience with the Huntsville Havoc and the now-defunct Fayetteville FireAntz.

Dalton Young was recently acquired by Peoria via trade with the Vermilion County Bobcats. Young, a native of Marysville, MI, played for three years in the OHL with the Saginaw Spirit before starting his professional career in 2019 with the Port Huron Prowlers of the FPHL. Young has played in 36 games in the SPHL ranks this season with the Pensacola Ice Flyers, netting eight goals and 12 assists for 20 points. He has not played a single game for Vermilion County yet this season. The Bobcats received future considerations for the rights to Young.

In addition to the moves, the Rivermen have traded Mathieu Cloutier to the Vermilion County Bobcats in exchange for future considerations and have released Justin Brausen. Defenseman Chris Allemon has been placed on the 21-day injured reserve.

Peoria will host the Vermilion County Bobcats this Sunday afternoon at Carver Arena, face-off is set for 3:15 pm.