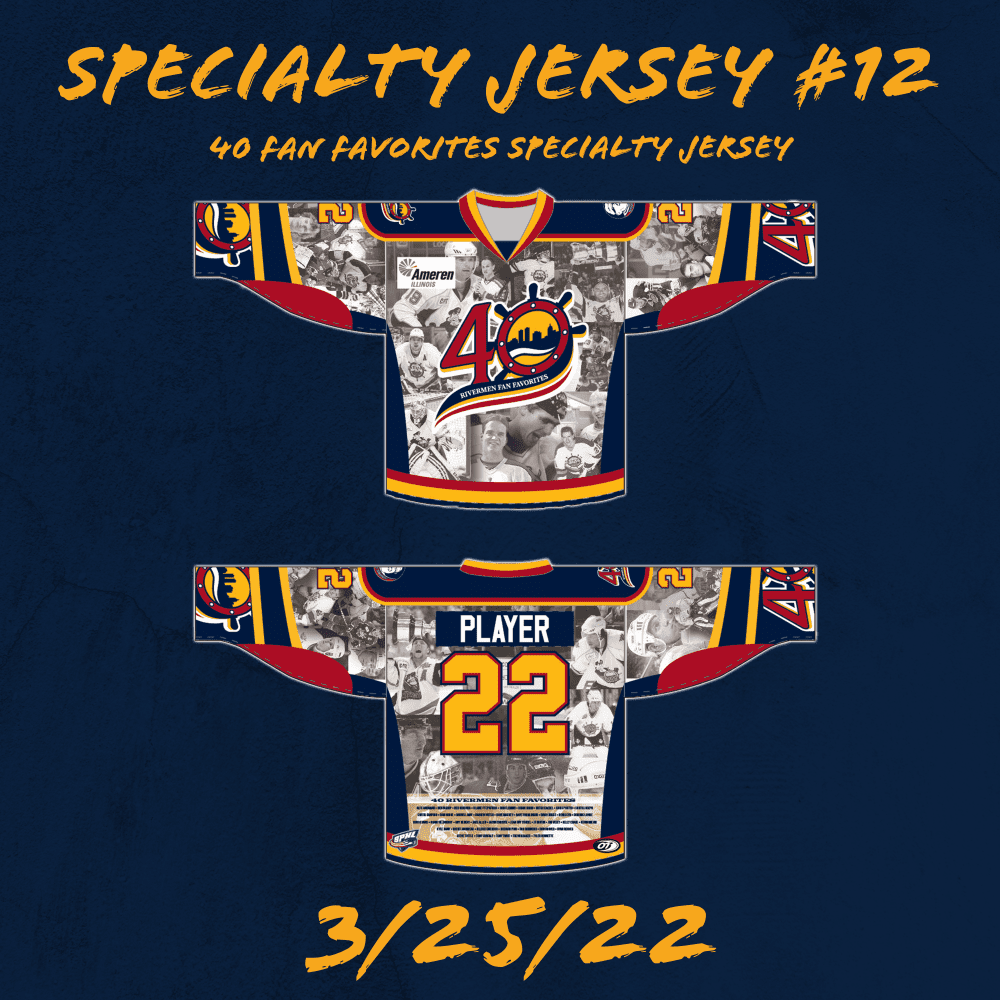 PEORIA, IL – The Rivermen are proud to announce their 12th specialty jersey this year will be honoring some of the top 40 players from Rivermen history. Many of these players, chosen by the fans, grace both sides of the uniform. In addition, all of the players’ names are emblazoned on the back of the uniform with Peoria’s 40’th Anniversary logo on the front.

The Rivermen will wear the jerseys on March 25 when they host the Evansville Thunderbolts.  These jerseys will then be auctioned off to fans at the conclusion of the contest.

This week the Rivermen will be on the road for a Thursday and Friday matchup in Vermilion County and Evansville on February 24 and 25 respectively. After that, they will return to Carver Arena to face the Bobcats in an afternoon matchup on Sunday, February 27.