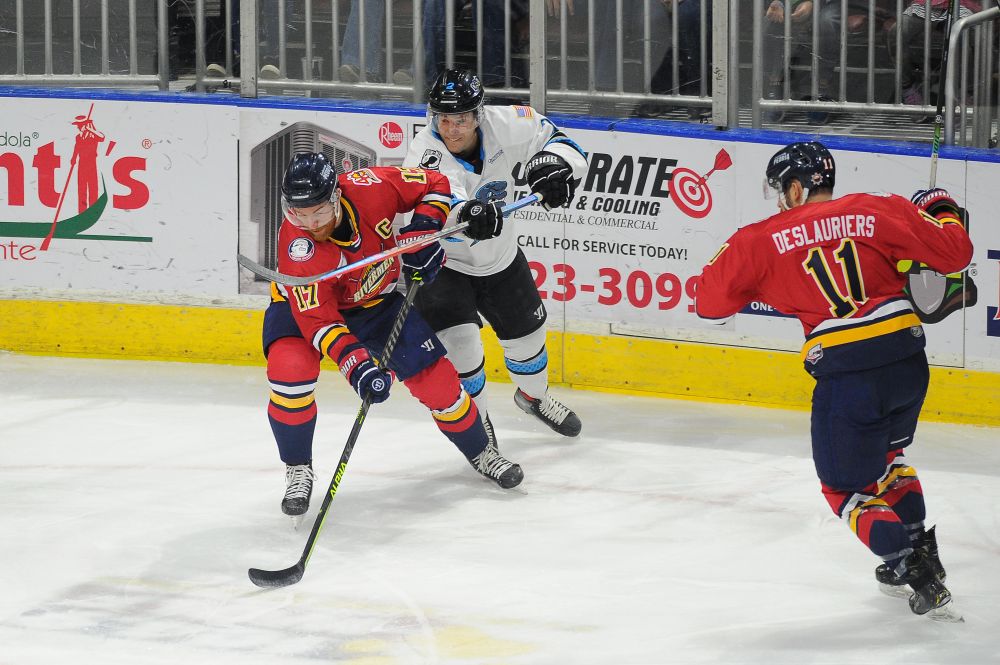 The first eight minutes did not go the way the Rivermen wanted as they surrendered the first goal of the game for the first time all weekend and fell down 1-0. Though the latter half of the period saw the Rivermen get numerous chances, including a few on the power play, they could not find the back of the net.

Quad City was able to extend their lead to 2-0 just over a minute into the second period as a point shot found its way in past Rivermen netminder Jack Berry, who was making his first start for Peoria after returning from the ECHL. But the Rivermen fought back and were able to find the back on the net midway through the period. On a net mouth scramble, Mitch McPherson was able to get a stick on the puck and jam it into the net. The puck barely crossed the line but counted for McPherson’s 13th of the season. From that point on, the play was fast-paced and featured a high degree of physicality. This favored Peoria as they got several good chances and momentum as the second period came to a close.

The third period was a battle from beginning to end. Peoria was able to score with just over two minutes to play on a net mouth scramble. While on a five-on-three power play, a pass was sent to McPherson on top of the crease. McPherson quickly turned and fired the puck into the back of the net for his second of the game to tie the game at 2-2.

For the second straight night, the Rivermen and Storm went to overtime. Unlike Saturday night, Quad City was able to find the winner on a two-on-one rush up the ice to end Peoria’s 10-game winning streak. Despite the loss, the Rivermen took five out of a possible six points on the weekend and remain in solid control of third place in the SPHL standings. Peoria will gear up for a big road trip as they travel to Knoxville and Huntsville next week for a three-game series against the top two teams in the SPHL.