Rivermen Fall to Bobcats in OT 2-1 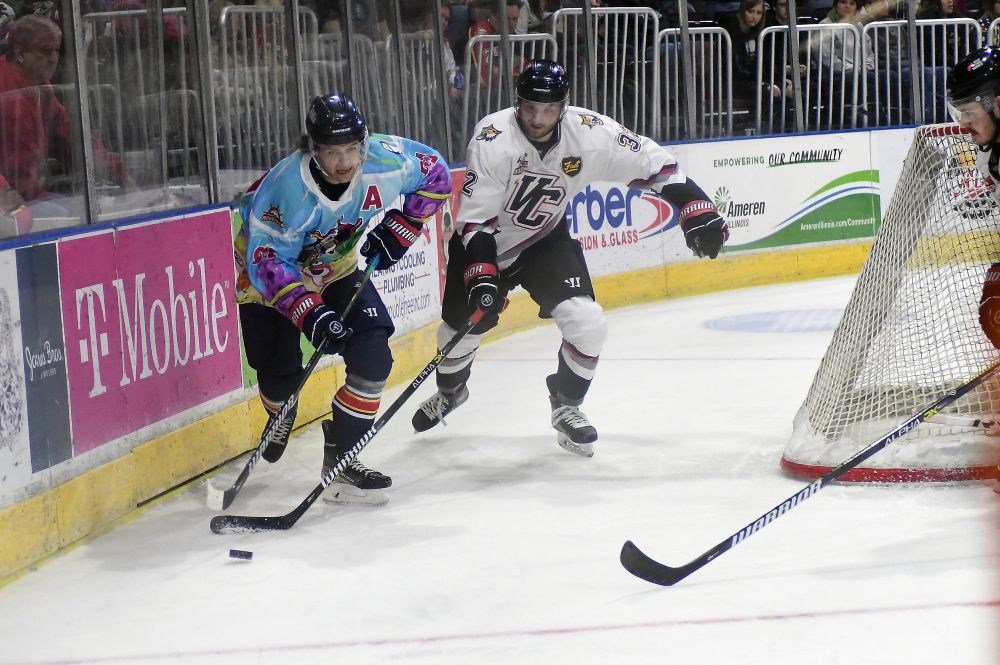 DANVILLE, IL – The Rivermen clinched a playoff spot on Thursday night, but it came on the heels of a losing effort as the Rivermen fell to the Vermilion County Bobcats by a score of 2-1 in overtime at David S. Palmer Arena.

The Bobcats were able to get the first goal of the contest just over five minutes in on an odd-man rush but the Rivermen were able to counter back. Mitch McPherson was able to tie the game on the power play off of a net-mouth scramble in front. That goal tied the game 1-1 and would be the last goal of regulation time.

In the second and third periods, the Rivermen had exceptional chances in front of the net but could not capitalize on them. Eventually, the game was decided in overtime where, again, the Rivermen excelled. They dominated zone time and puck possession but again could not find the last play to win the game. In the end, a mistake in their own zone ended up costing them, allowing the Bobcats to end their 19-game winless streak and earn just their second victory over Peoria.

Despite the loss, the Rivermen point streak remains intact, now at 18 consecutive games where the Rivermen have earned at least a point. In addition, the clinching of a playoff spot in February, which the Rivermen did by earning a point on Thursday, is a notable achievement in itself. The Rivermen will travel to Evansville, Indiana for a road game against the Thunderbolts before returning home to Peoria to take on Vermilion County on Sunday, February 27.