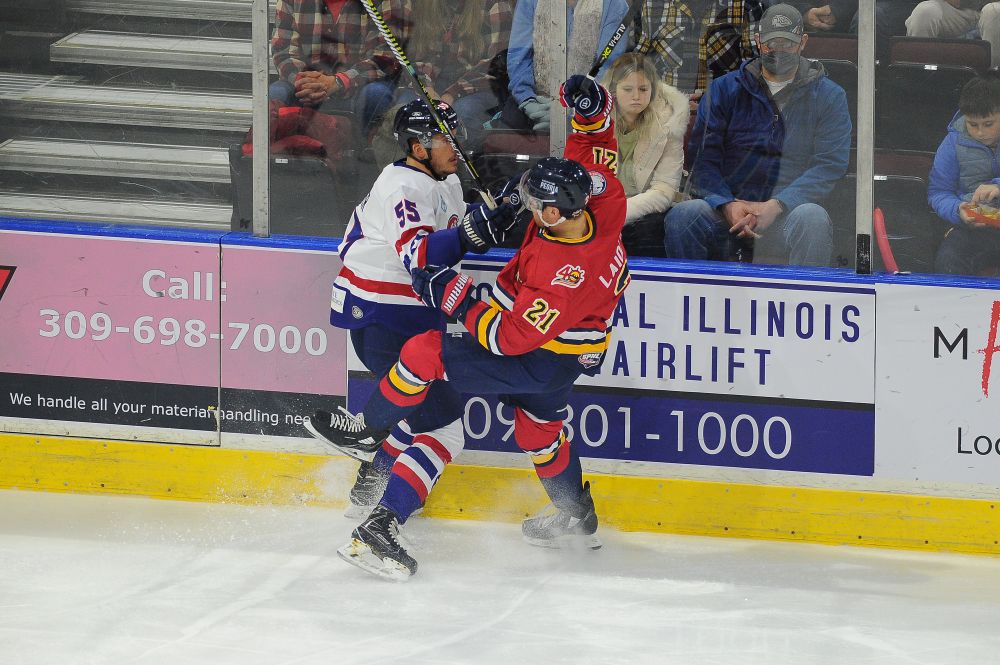 EVANSVILLE, IN – The Rivermen were shocked by the Evansville Thunderbolts as their point streak ended at 18 games following a 5-2 loss at the Ford Center on Friday night.

Evansville was able to get on the board first with two quick goals in the first ten minutes of the game. But Peoria was able to get one back later on in the period. After a shot by Mitch McPherson from the right-circle was saved, Rivermen forward Mike Laidley picked up the rebound and backhanded a pass right to the slot where Marcel Godbout one-timed it into a wide-open net.

Godbout was able to get another goal back for the Rivermen in the early stages of the third period as he fired home a rebound off of an Alec Baer shot. Trailing 4-2, the Rivermen had two power-play opportunities to tie the game but the vaunted Peoria man-advantage was held in check. Instead, the Thunderbolts were able to get an empty-net goal in the final two minutes to seal the 5-2 victory.

The Rivermen will be back home at Carver Arena on Sunday afternoon as they face-off with the Vermilion County Bobcats. Puck drop is set for 3:15 pm.