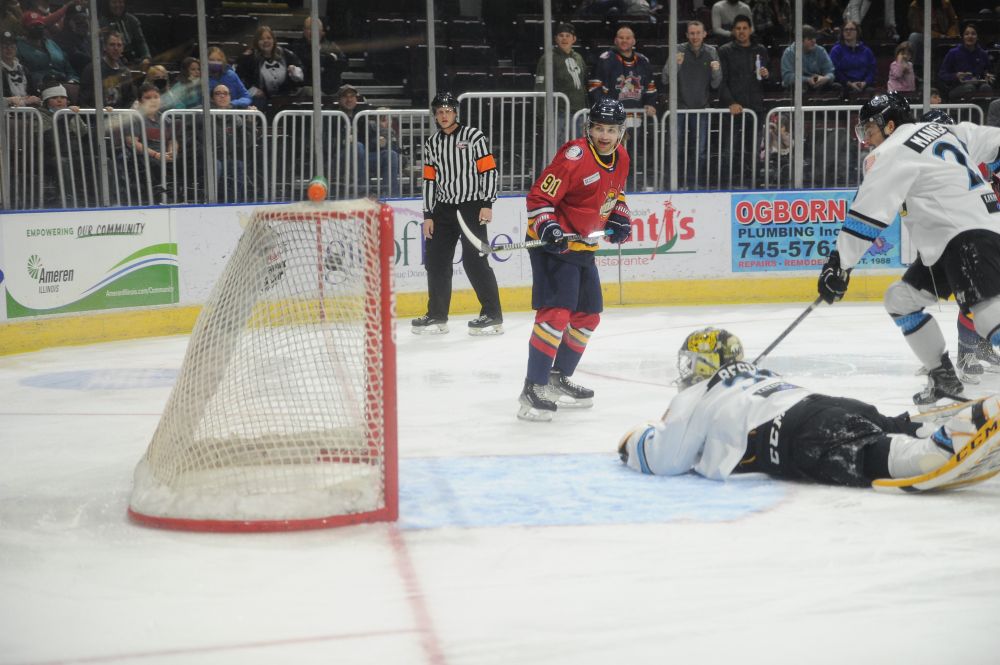 Despite taking two early penalties, the Rivermen were able to hold off the fourth-ranked power play of Quad City. They then jumped out to an early lead on a delayed penalty call as Marcel Godbout tapped in a cross-crease pass from Brandon McMartin to put the Rivermen up 1-0. Later Peoria extended their lead to 2-0 as Baer scored his second goal in as many games as he fired a quick shot from the left side into the back of the net to put Peoria up 2-0.

The second period started much in the same way the first did, with the Rivermen surging. Less than two minutes into the period, Baer sent home a hard slap-shot from the top of the left-wing circle to make it 3-0 Peoria. This was soon followed up by Austin Wisely’s first-ever professional goal was able to deposit his own rebound to put the Rivermen up 4-0. The Storm surged back ahead, not going quietly for the remainder of the second period. Though the best they could muster was a single goal, to trim the Peoria lead to 4-1.

The Rivermen managed one more goal in the third period on a tap-in from Nate Chasteen. Again, it was Baer sending the pass across, being involved in every goal the Rivermen scored. Peoria, behind Baer, skated to a 5-1 victory over the Storm and their eighth consecutive win on home ice.

With the win, the Rivermen now have points in 17 straight games, a new franchise record in the SPHL era, and third most of any team in the league’s history. The Rivermen will head on the road for two games next week against Vermilion County and Evansville before returning to Carver Arena next Sunday to face the Bobcats.