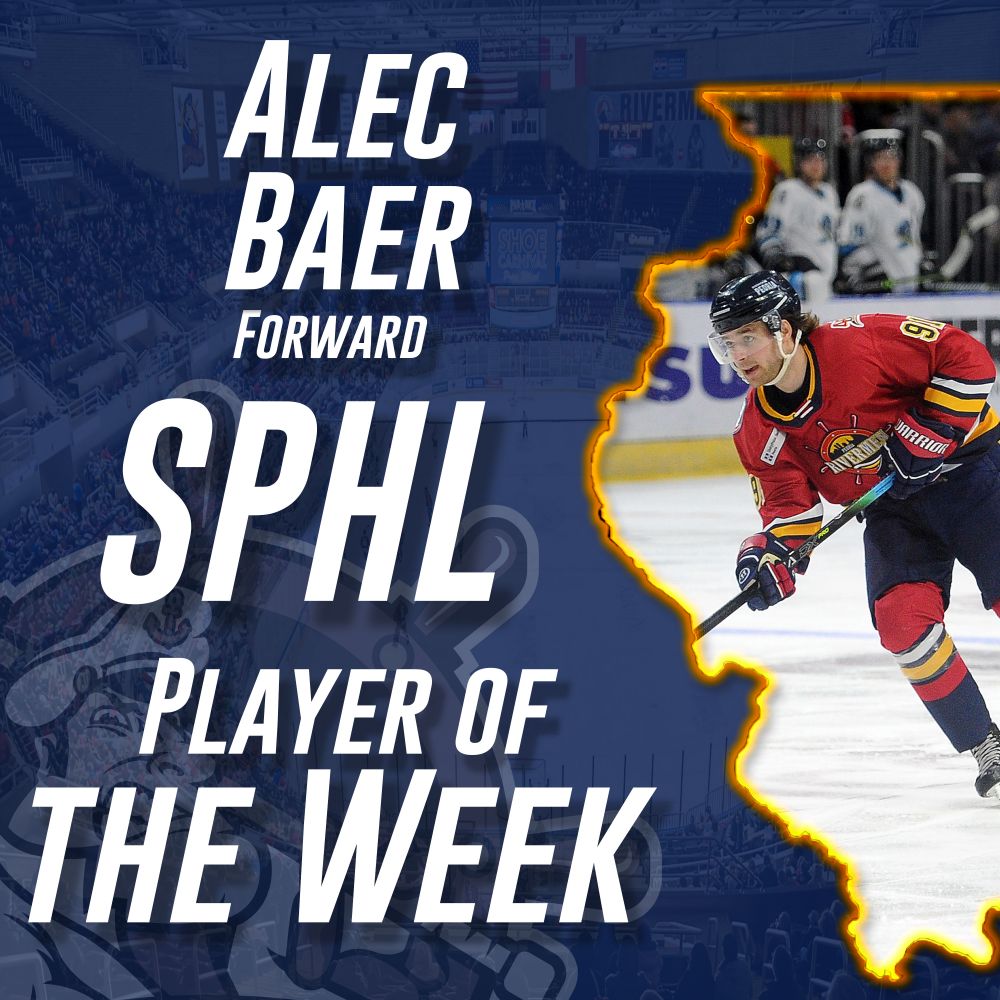 PEORIA, IL –  Following a ten-point weekend, that included his first hat-trick of the season, Rivermen forward Alec Baer has been named this week’s Warrior Hockey/ SPHL Player of the Week.

The three-game weekend saw the Peoria Rivermen defeat the Evansville Thunderbolts and the Quad City Storm in three games and Baer was a key contributor in all three victories. On Friday, he assisted on three of Peoria’s five goals against Evansville. On Saturday, Baer assisted on Mike Gurtler’s go-ahead goal in the second period and ended up scoring the game-winner just 30 seconds into overtime. Finally, on Sunday, Baer capped his seventh multi-goal game this season with his first hat trick of the year netting three goals and two assists for a five-point night. Sunday was just the third time this season that Baer has netted five points in a single game.

This is Baer’s second Warrior Hockey/SPHL Player of the Week honor this season. He was previously named the player of the week back on February 22.  Baer and the Rivermen will remain at home in Carver Arena this weekend as they host the Vermilion County bobcats and the Quad City Storm on April 2 and 3 respectively.