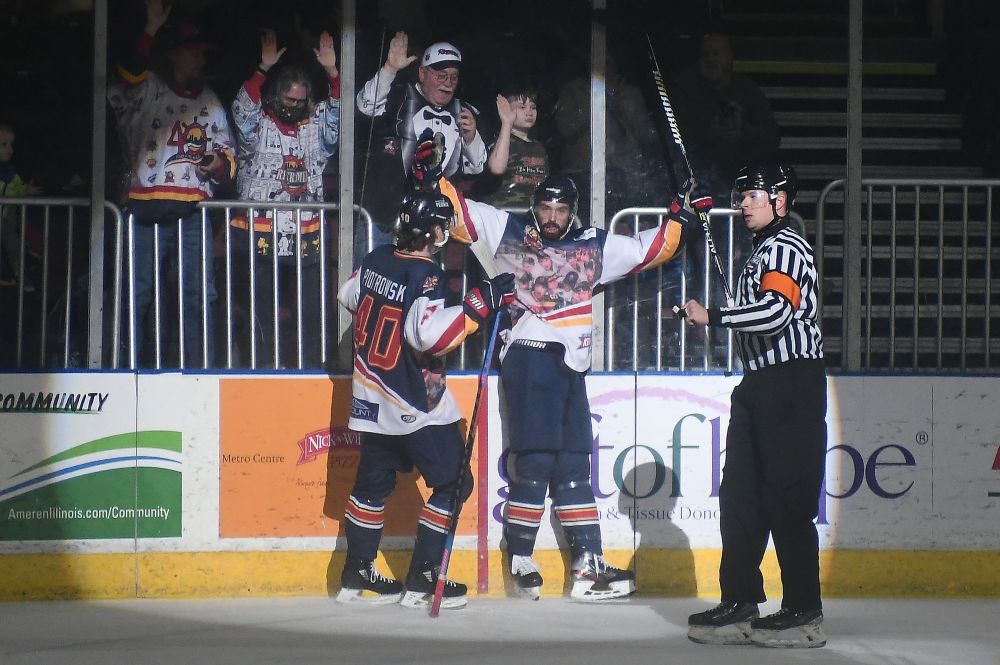 PEORIA, IL – Following a three-game stretch marked with offensive excitement, Rivermen forward Mitch McPherson has been named as a co-recipient of this week’s Warrior Hockey/ SPHL Player of the Week honor. He shares this week’s honor with Carter Shinkaruk of the Quad City Storm.

In three games of action McPherson netted six points (five goals, one assist), this includes back-to-back multi-goal games on Friday and Sunday (March 4 and 6). McPherson is currently on a six-game point streak, his longest of the season. McPherson’s nine points in his last six games are the most he has had in a six-game span this season.

This is McPherson’s first Warrior Hockey/SPHL Player of the Week honor this season. He joins Rivermen teammates Alec Baer, Jack Berry, and Alec Hagaman in being named SPHL Player of the Week. McPherson and the Rivermen will embark on a road trip to Vermilion County on Wednesday night for their final make-up game with the Bobcats. Faceoff from David S. Palmer Arena is set for 7:00 pm.