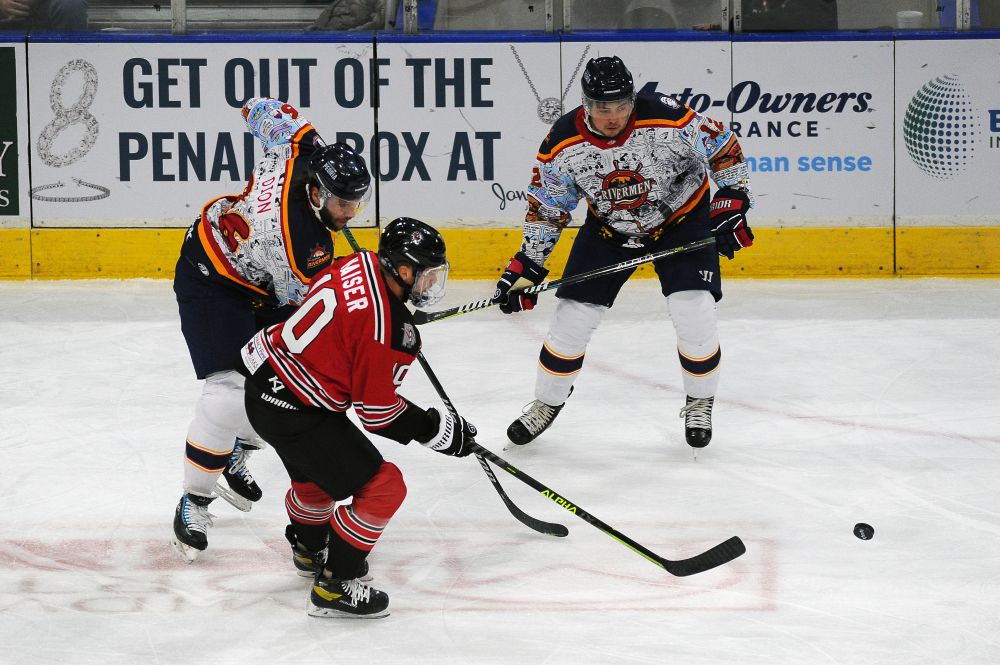 HUNTSVILLE, AL – It was déjà vu for the Rivermen until it wasn’t. Peoria suffered their first regulation loss to the Huntsville Havoc at Propst Arena on Friday night.

Huntsville was able to jump out to a 2-0 lead on their first two shots of the game, the first goal coming on a short-handed breakaway. After those two shots, goaltender Eric Levine was pulled in favor of Jack Berry, who has Peoria’s only wins against Huntsville this season.

The Rivermen were able to get a goal back as Zach Wilkie was the recipient of a quick pass from the left half-boards. Wilkie sailed the one-timed shot in past Huntsville netminder Hunter Vorva to record his third goal of the season and it pull the Rivermen within one. But just a minute and 25 seconds later, the Havoc stuck back to regain their two-goal lead.

Instead of a comeback attempt like last night but the Havoc were able to get another goal on the power play to seal the game and the 4-1 victory. Peoria, having dropped their last two games on the road, will look to right the ship on Saturday night in their final game of the three-in-three in Huntsville. Face-off is set for 7:00 pm.