Peoria Out of Luck in Knoxville 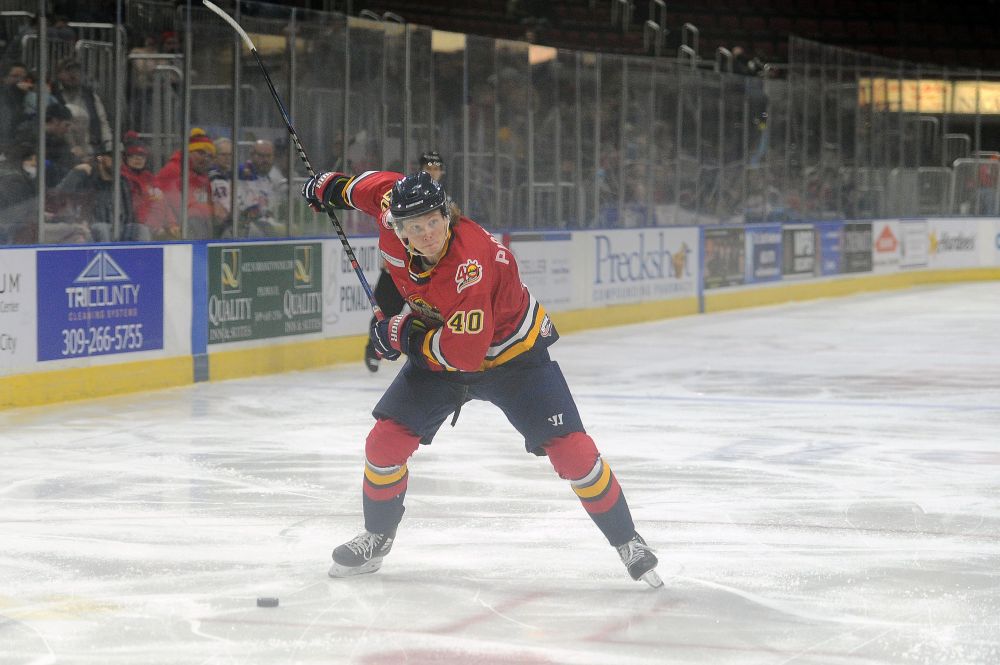 KNOXVILLE, TN – Sometimes in a game you get the bounces, sometimes you get bounced. That’s what happened as the Peoria Rivermen suffered their first loss to the Knoxville Ice Bears, on the road, 4-2 at the Knoxville Civic Coliseum on Thursday night.

The Rivermen had a strong start to the first period, netting several quality shots on the net, the Ice Bears were able to capitalize on their chances when they came. Goals on a breakaway and a net-mouth scramble put Knoxville up 2-0 through the first 20 minutes of play.

Peoria was able to answer back in the opening minute of the second period. JM Piotrowski was able to deflect a shot into the back of the net to pull the Rivermen within one. But after coming up empty on two power plays, Peoria surrendered another goal in the last minute of the period on a rebound in front. It put them in a familiar position, trailing to Knoxville 3-1 going into the third period.

For a moment, it looked like the Rivermen would pull off the upset in the third. They received a fortunate bounce that saw the puck deflect off the end-glass to a waiting Mitch McPherson in the slot. He made no mistake on the wide-open net and pulled Peoria once again within one. There were chances to tie, but another bouncing puck hopped over the stick of Ryan Patrick waiting on the doorstep on an open net. Instead, Knoxville was able to get an empty-net goal to clinch the game with a 4-2 final.

Though the loss stings, the Rivermen will have little time to dwell on it. Peoria will head down to Huntsville, Alabama for a two-game set against the league-leading Havoc on Friday and Saturday night. Face-off for both games is set for 7:00 pm.