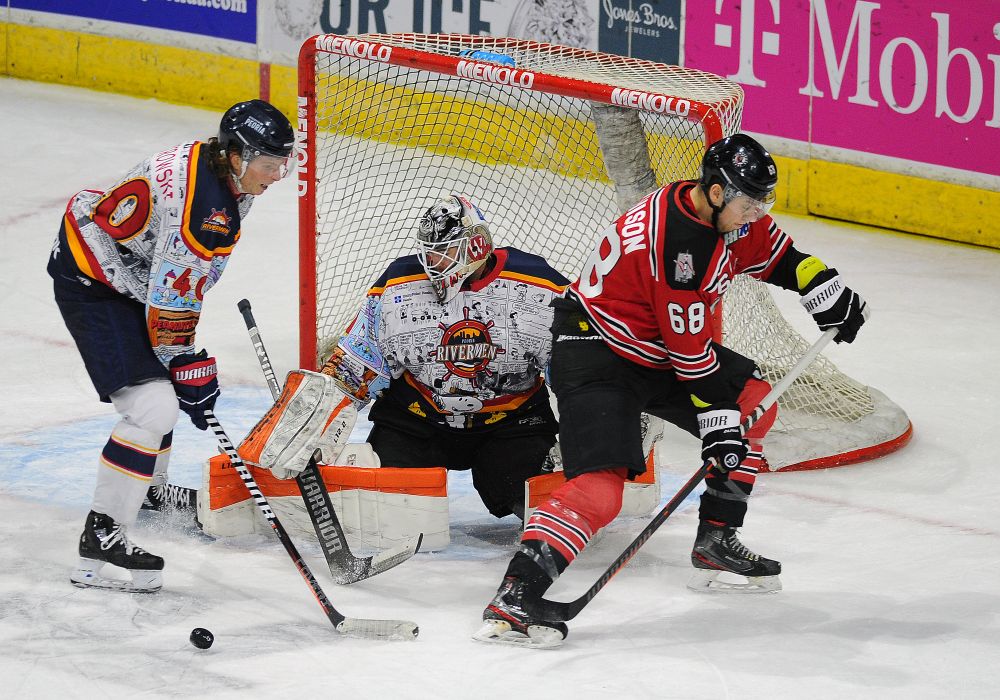 HUNTSVILLE, AL – Despite a valiant comeback in the third period, the Rivermen fell just short to the Huntsville Havoc, 3-2 at Propst Arena on Saturday night.

It was another poor start for the Rivermen as, once again, they surrendered the first two goals of the game, including one short-handed. For the third consecutive night, Peoria trailed 2-0 after the first 20 minutes.

The second period saw some of the best chances of the game for Peoria, but they were unable to find the back of the net. Instead, it was the Havoc extending their lead after a give-away by goaltender Jack Berry. That mistake was costly as the Havoc took a 3-0 lead into the third period.

That third period was the best of the game for Peoria. They were able to get two goals by JM Piotrowski and Mitch McPherson. The former goal came off a rebound while on a power play, and the latter came off a quick shot in the slot. Though the Rivermen had numerous chances, the third goal was one too many and they fell 3-2 for their third consecutive regulation loss, Peoria's longest losing streak of the season.

Though the Rivermen lost, they held the top team in the league to just 16 shots on the net. The Rivermen will lick their wounds and get ready to return home to Peoria as they host the Evansville Thunderbolts on March 25.