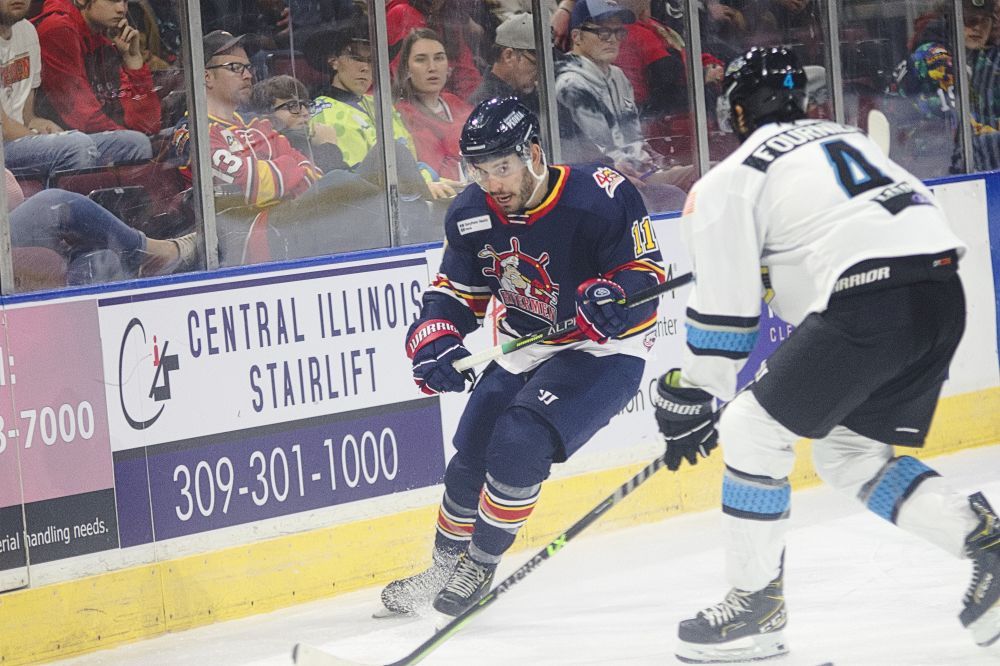 PEORIA, IL – The Peoria Rivermen have announced today that they have waived defenseman Sacha Roy and forward Paul-Antoine Deslauriers. In addition, forwards Cayden Cahill and Larry Jungwirth have been re-signed.

Roy only played in four games with the Rivermen after joining the roster in early March. In four games Roy earned zero points but garnered 64 total penalty minutes.

Deslauriers joined the Rivermen in late October and soon established himself as a key depth scorer on the roster. He garnered 12 goals and 14 assists (26 points) while wearing a rivermen uniform. In his last six games, however, Deslauriers only managed two assists.

Cayden Cahill continues to improve for the Rivermen this season. In his six games, Cahill has one goal and one assist to his credit with an even plus/minus rating. Cahill is in his first season of professional hockey. Larry Jungwirth has played in two games for the Rivermen and has garnered two goals and two assists (four points) to his credit.

The Rivermen will be back home on Friday, March 25 against the Evansville Thunderbolts for a 7:15 pm puck drop. After that, the Rivermen will travel to Quad City for the first of two straight with the rival Storm. Both Peoria and Quad City will then play on Sunday afternoon in Peoria on March 27, puck drop is set for 3:15 pm.