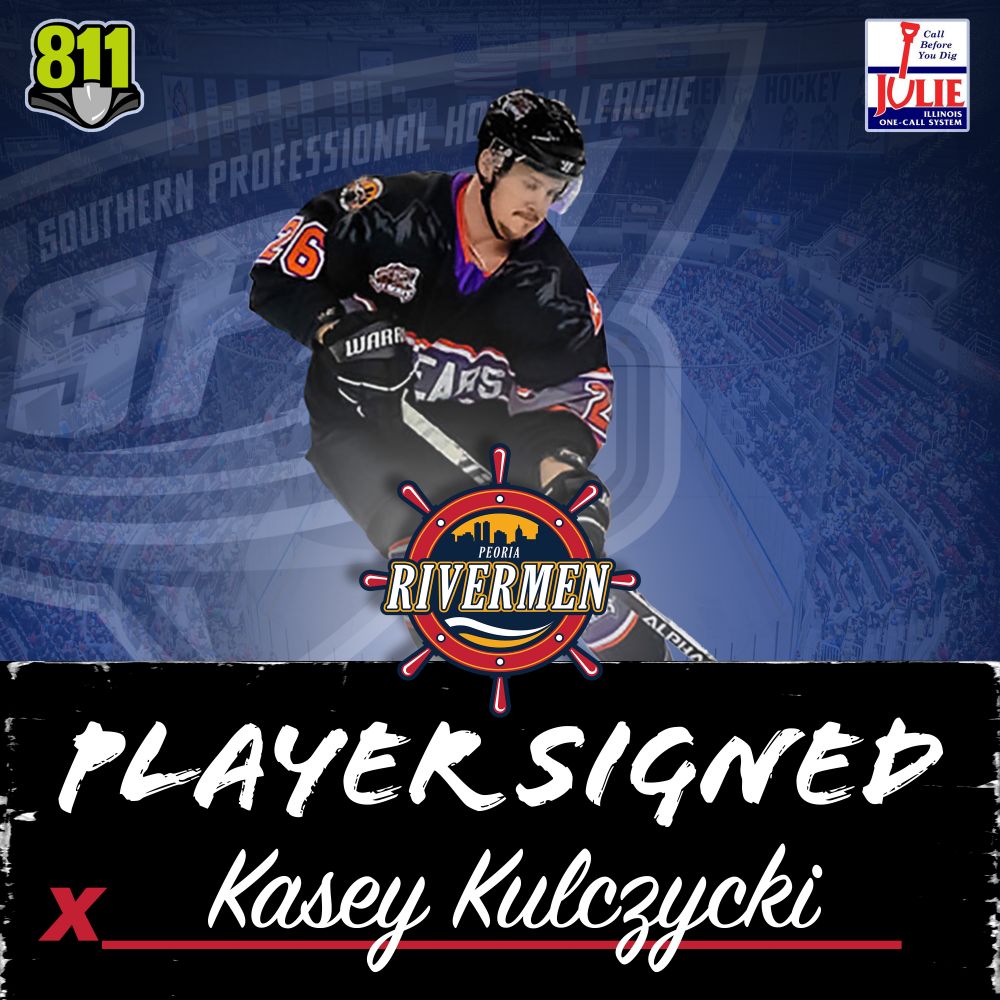 PEORIA, IL –  The Rivermen have signed forward Kasey Kulczycki this week as a result of Brandon McMartin being placed on season-ending injured reserve.

Kulczycki, a native of Laval, Quebec, is in his fourth season of professional hockey. He played for the Birmingham Bulls from 2018-2021 and again with Birmingham during the 2021-22 season after starting the year with the Wichita Thunder of the ECHL. Peoria will be Kulczycki’s third SPHL destination this year as he played 24 games with the Knoxville Ice Bears after being dealt to Knoxville from Birmingham.

Kulczycki this season has four goals and seven assists for 11 points, he also has 63 penalty minutes. Brandon McMartin was placed on season-ending IR on Tuesday following an upper-body injury.

The Rivermen will remain in Peoria this weekend as they welcome the Vermilion County Bobcats and the Quad City Storm on Saturday and Sunday, April 2 and 3.