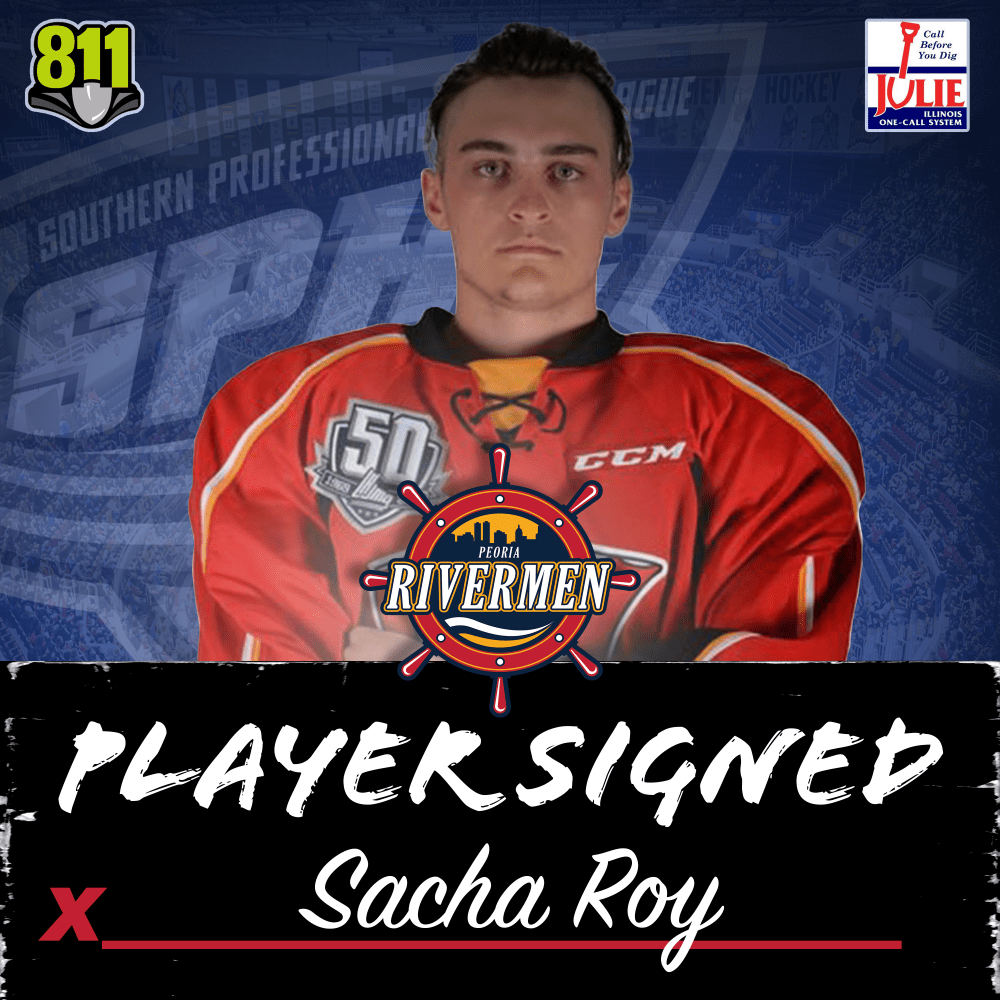 PEORIA, IL – The Rivermen have made several roster moves ahead of their series against the Roanoke Rail Yard Dawgs. Earlier this week the Rivermen released Forward Tate Leeson from Peoria. Leeson was signed in late February and played in three games for Peoria. He had zero goals, zero assists and was a minus two.

In addition, the Rivermen have signed defenseman Sacha Roy. Roy has had playing experience with the Cape Breton Screaming Eagles of the Quebec Major Junior Hockey League from 2015 to 2018. This year Roy has been playing for several teams in Quebec. This will be his first time playing professionally in the United States since his short eight game stint with the ECHL’s Fort Wayne Komets at the start of the year.

Finally, the Rivermen have also placed defenseman Brandon McMartin on the 21-Day injured reserve with an upper body injury. This is the second time this season that McMartin has been placed on injured reserve.