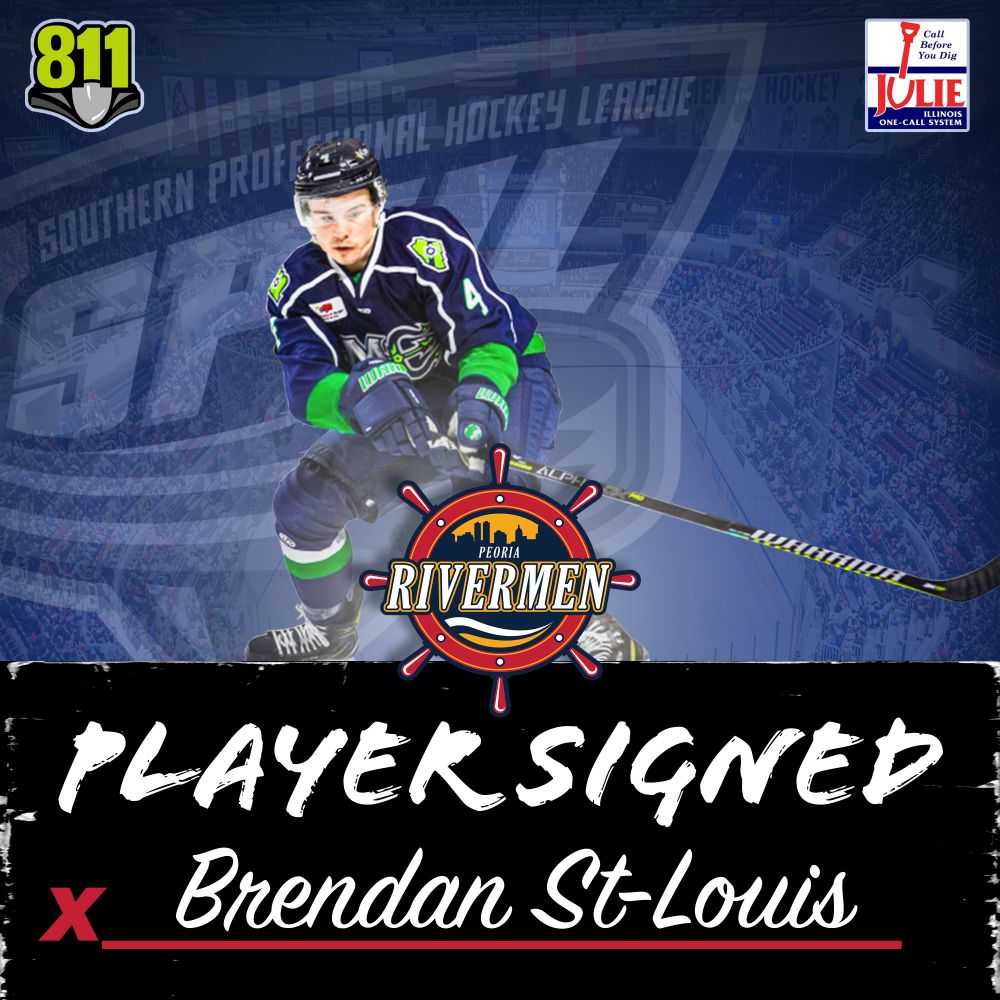 PEORIA, IL – The Peoria Rivermen have announced today that they have waived defenseman Charlie Pelnik and have signed defenseman Brendan St-Louis.

St-Louis, a native of Baie-Comeau, Quebec, stands tall at 5’9” and weighs 185 lbs. He started this year, his first in professional hockey, with the Maine Mariners of the ECHL. St-Louis played in 29 games, garnering three assists and 18 penalty minutes. He was a -20 in those games.

Before professional hockey St-Louis played in the Quebec Major Junior Hockey League with Baie-Comeau Drakkar for two years from 2018-21. In 99 games in the QMJHL St-Louis netted four goals and 13 assists (17 points) and was a -12 plus-minus.

The Rivermen are in their final stretch before the post-season as they host the Quad City Storm on Sunday afternoon (March 27) and will host Vermilion County and Quad City again at home on Saturday and Sunday (April 2-3).