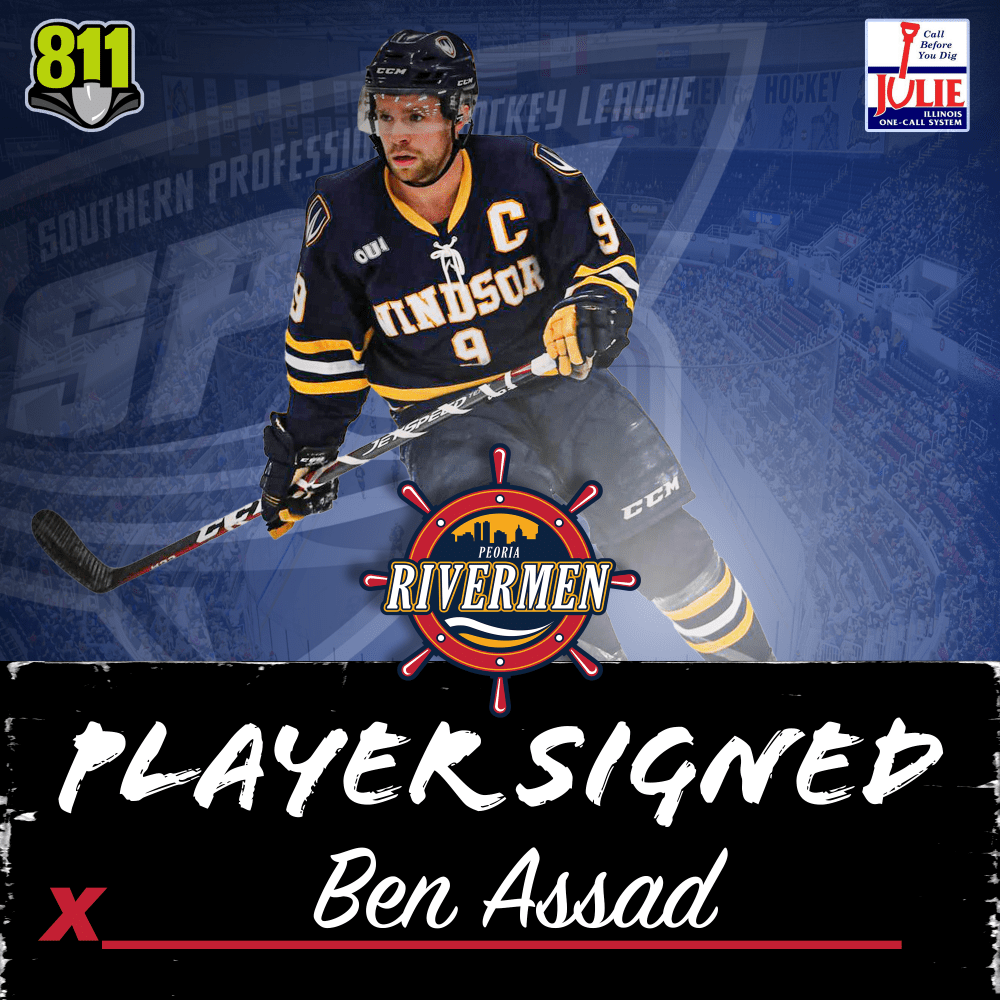 PEORIA, IL – The Peoria Rivermen have announced on Wednesday that they have signed forward Ben Assad to the active roster and that Forward Robert Holyoke has been placed on the 21-Day Injured Reserve following an undisclosed injury sustained on Saturday.

Assad, a native of Calgary, Alberta, Canada, stands at 5’8 and weighs 161 lbs. He has played the last five years at the University of Windsor in Canada where he has garnered 32 points (11 goals, 21 assists) in 95 games played. Before his time playing in college, Assad spent five years in the Alberta Junior Hockey League with the Brooks Bandits, Grande Prairie Storm, and Calgary Canucks.

Assad is expected to be available for the Rivermen this weekend as they have home games on Friday (March 25) and Sunday (March 27) against the Evansville Thunderbolts and the Quad City Storm respectively. These two games will be separated by a road trip to Quad City on Saturday (March 26), the final road trip to the TaxSlayer Center during the regular season.