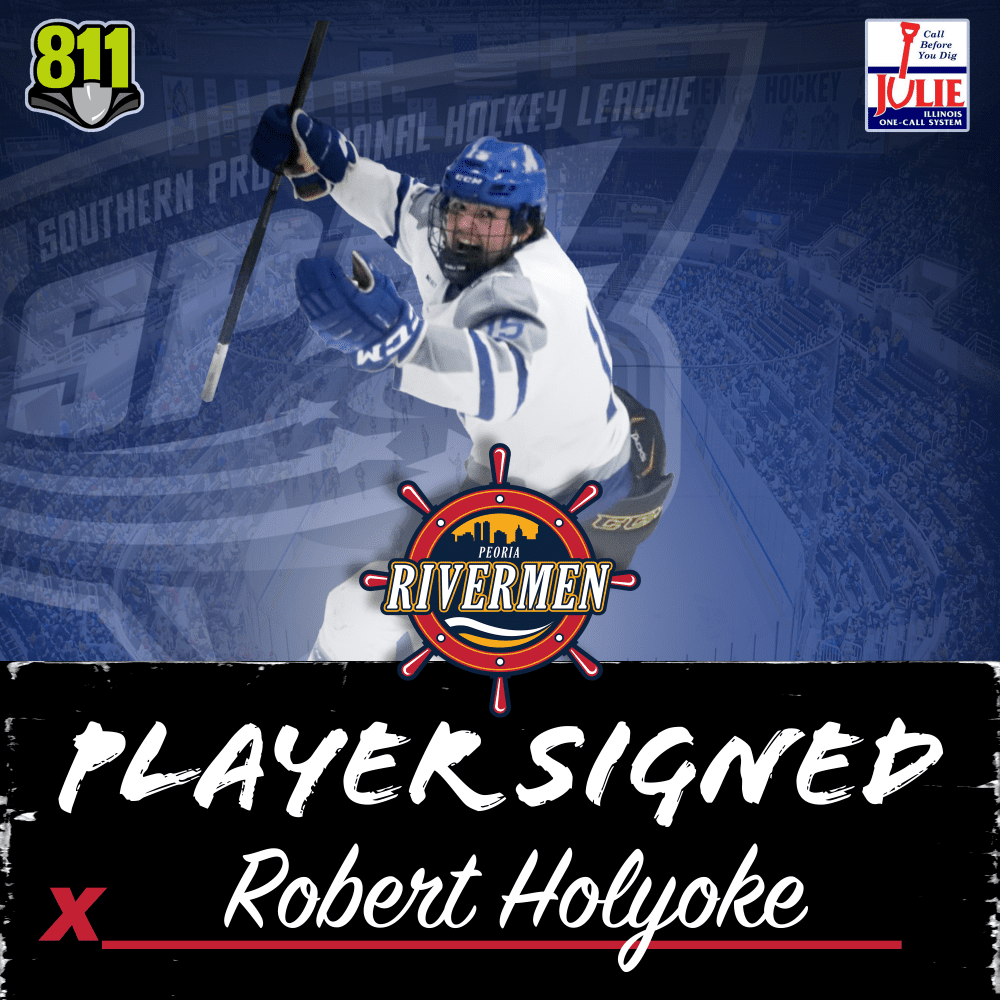 PEORIA, IL – The Peoria Rivermen have signed forward Robert Holyoke and defenseman Charlie Pelnik ahead of their road series with the Knoxville Ice Bears and the Huntsville Havoc.

Holyoke, a native of Taunton, Massachusetts. He recently completed three years at Assumption College playing Division III college hockey. In three years, Holyoke netted 69 points (40 goals 29 assists) in 80 games played and was recently named a semi-finalist for the Joe Concannon Award. Awarded by the Gridiron Club of Greater Boston, the award recognizes the best American-born men’s NCAA Division II/Division III hockey player in New England. Holyoke is one of 30 players to be named a semi-finalist.

Charlie Pelnik comes to the Rivermen after being released from the Roanoke Rail Yard Dawgs earlier this season. Pelnik played in 21 games for the Dawgs this season, netting 4 assists and a -1 rating. Before making the jump to the SPHL, Pelnik played Division III college hockey at SUNY-Oswego from 2016-2020. In 48 games played he netted five points (one goal, four assists) but was boasted an even plus/minus in 48 games played. Pelnik is a native of Cary, North Carolina.

Both Holyoke and Pelnik will be available for the Rivermen this week as they travel for their last multi-game road trip of the season. Peoria will travel to Knoxville for a contest with the Ice Bears on Thursday, March 17 before heading down to Huntsville for a two-game set with the Havoc on March 18-19. Thursday’s game is set to start at 6:35 pm central with Friday and Saturday’s games having a 7:00 pm central start time.