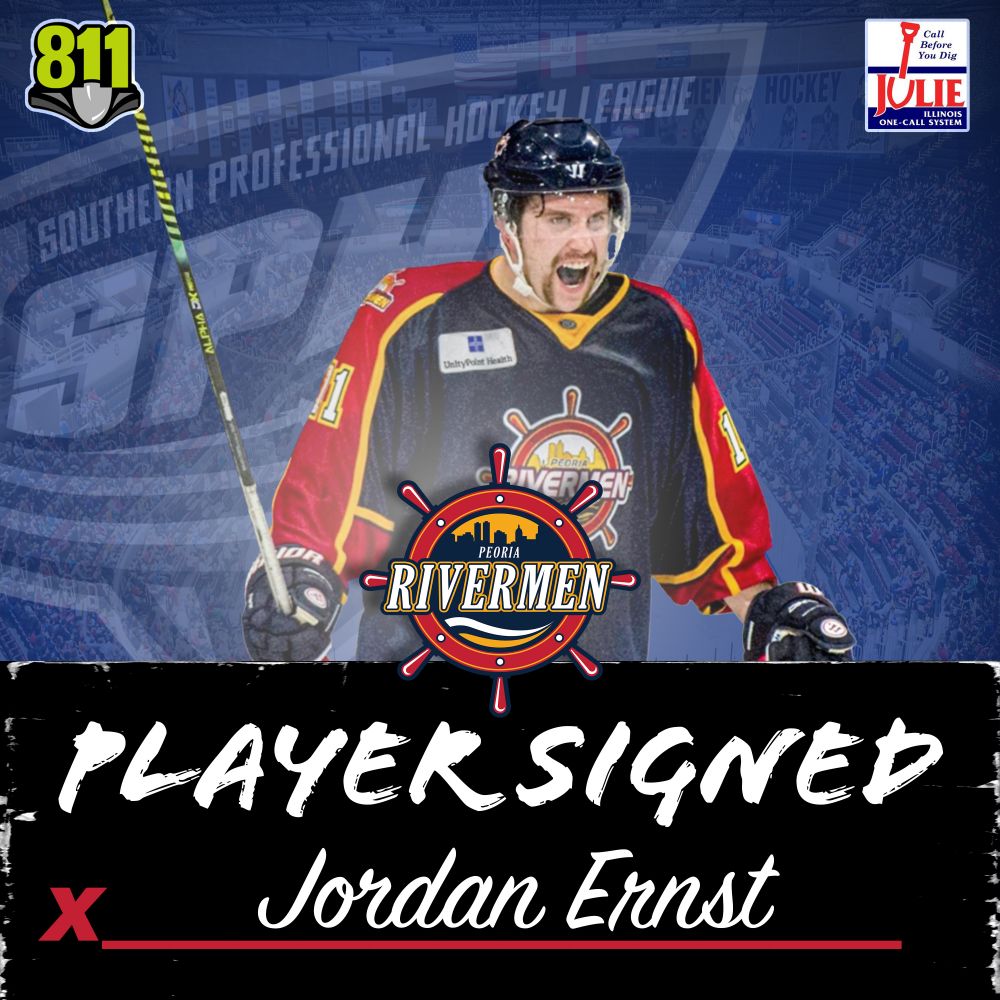 PEORIA, IL – The Rivermen have announced today that they have signed forward Jordan Ernst ahead of their upcoming game against Quad City.

Ernst played for the Rivermen during the 2019-20 season, playing in 45 games. Ernst netted 21 goals and eight assists for 29 points. He played for Pensacola’s President’s cup championship team during the 2020-21 season in which he had 18 points. This season Ernst stared in 42 games for the ECHL’s Tulsa Oilers. Ernst netted six goals and five assists for 11 points. Ernst is expected to make his season debut on Saturday in Quad City.

The Rivermen travel to Quad City for the first of two straight with the rival Storm. Both Peoria and Quad City will play on Saturday evening at the TaxSlayer Center and then again on Sunday afternoon in Peoria on March 27, puck drop is set for 3:15 pm on Sunday.