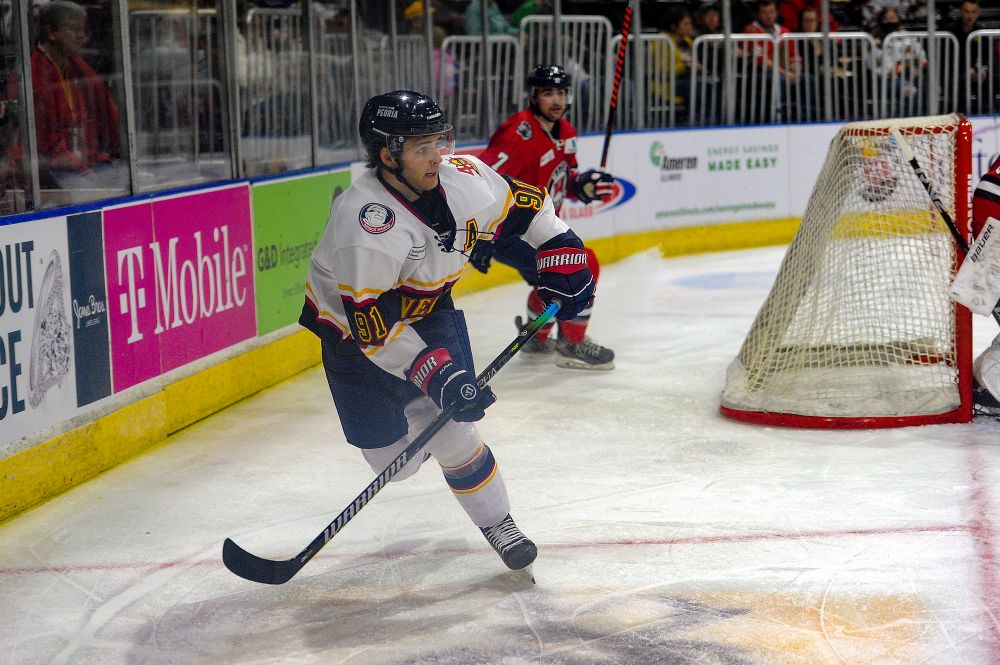 PEORIA, IL – On Thursday it was announced by the Southern Professional Hockey League that Rivermen forward Alec Baer was named the league’s most valuable player for the 2021-2022 season. He is the first-ever Rivermen player to win this award in the SPHL era.

Baer, a native of St. Louis Park, Minnesota, had a career season with Peoria, netting 26 goals and 54 assists for a total of 80 points on the year. It marked a new Rivermen SPHL record for total points in a single season and his 54 assists were another Rivermen season record. Baer’s scoring was dynamic with seven multi-goal games with three five-point performances. Baer was recently awarded the Kevin Swider Leading Scorer Award for the SPHL, the first Rivermen to win the scoring title since Ben Blasko in 2018-19.

Just as dynamic as his scoring was Baer’s resilience this season. Baer played in 53 games during the regular season, only missing three contests due to injury. Despite this, Baer averaged over a point and a half per game. Baer is in his fifth year of professional hockey and his third in the SPHL. His second season in Peoria has by far been his best yet as he continues to lead up front in both the regular season and the postseason.  So far in the playoffs, Baer leads all players in points with four goals and two assists.

Baer and the Rivermen are currently facing the Quad City Storm in the second round of the SPHL playoffs. Face-off for game two is set for 7:15 pm at Carver Arena in Peoria. If necessary, game three will also be at Carver Arena this Saturday night and is set for a 7:15 puck drop.